US Protests: What really happened? What's the status right now? Biden, Trump supporters must know this

US Capitol Hil Protests News Today: It was one of many shocking moments that played out on television screens across the world as the seat of the world's greatest democracy came under assault from hundreds of protesters angered by Donald Trump's loss to his Democratic opponent Joe Biden in the November presidential election. 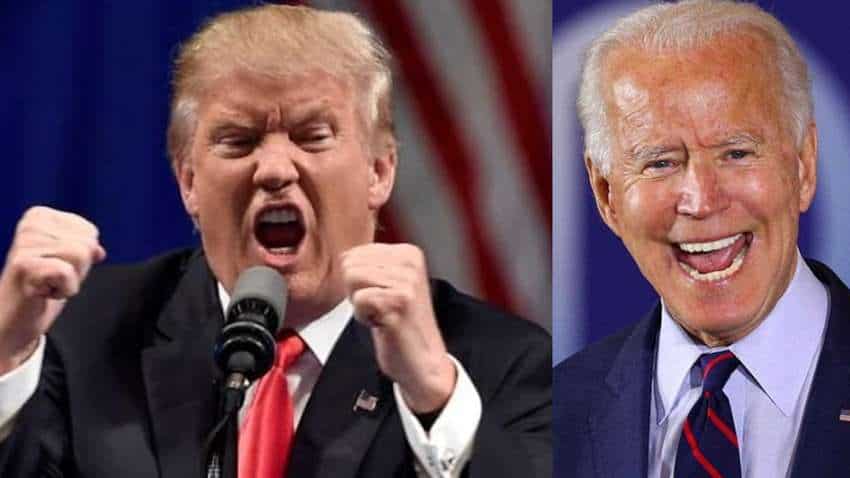 US Capitol Hil Protests News Today: The extraordinary scene unfolded amid the unprecedented assault on the U.S. Congress by supporters of President Donald Trump on Wednesday. Reuters photo.

US Capitol Hil Protests News Today: It was one of many shocking moments that played out on television screens across the world as the seat of the world's greatest democracy came under assault from hundreds of protesters angered by Donald Trump's loss to his Democratic opponent Joe Biden in the November presidential election.

Multiple injuries were reported and one woman was killed in the melee at the Capitol, as Trump supporters responded to the president`s call to protest his loss in November`s presidential election to Democrat Joe Biden. Trump has repeatedly and baselessly claimed the election was marred by fraudulent voting. Biden will be inaugurated on Jan. 20.

The extraordinary scene unfolded amid the unprecedented assault on the U.S. Congress by supporters of President Donald Trump on Wednesday.

Here is what really happened, what's the status right now and Why Biden, Trump supporters must know this:-

- What began as a raucous protest against Trump’s defeat boiled over into a siege of the Capitol, a symbol of U.S. democracy, that paralyzed Congress as it went through the final steps of ratifying the victory of President-elect Joe Biden.

- Security officers in dark suits drew their pistols and trained them on the shouting mob trying to smash their way through the door of the normally sedate House of Representatives chamber.

-One woman was shot and killed in a chaotic crush of people near a stairway.

-A video posted on social media showed what sounded like a gunshot and an officer in dark clothing armed with a rifle standing near where she fell.

-Other officers rushed to assist her.

-The circumstances of her shooting, including who fired the shots, were not clear.

- Rioters brawled with police officers, pushed their way past metal security barricades, broke windows and forced their way inside the building, forcing lawmakers in both the House and the Senate to suspend their work and instead go into hiding in offices and other secured rooms.

- The rioters who stormed the Capitol roamed freely through the corridors, carrying flags – at least one a large Confederate battle ensign – and snapping photographs.

- One man posed for a photo in the office of House Speaker Nancy Pelosi, the top Democrat in Congress, one booted foot propped on the corner of her desk. Another grinned at a news photographer as he carted a lectern down a hallway.

- As demonstrators pressed closer to lawmakers, they scuffled with officers. One group discharged a fire extinguisher, leaving a haze. Tear gas blew into the rotunda beneath the iconic building`s soaring dome.

-Some rioters besieged the House of Representatives chamber while lawmakers were inside, banging on its doors, cutting off escape routes.

Across the Capitol, other demonstrators pushed into the Senate gallery, where minutes earlier security officials had evacuated lawmakers and Vice President Mike Pence, who presided over the vote-counting.
A few climbed down from the gallery to the chamber floor, then climbed to the dais for photographs. One man, bare-chested and wearing a fur hat with horns, his face painted red, white and blue, posed for photos there holding an American flag.

Dozens of lawmakers hunkered in a secure room for hours while officers worked to clear the building. Lawmakers from both parties, riven hours earlier by the election outcome, prayed together for American democracy.

When Congress returned on Wednesday night to resume counting the votes, clusters of armed agents, some wearing tactical gear and carrying automatic weapons, were stationed around the Capitol.

World leaders on Wednesday expressed their shock! Two top aides to first lady Melania Trump resigned on Wednesday in the wake of violence on Capitol Hill, and more top White House officials were considering resigning, including national security adviser Robert O`Brien and his deputy, Matthew Pottinger, sources familiar with the matter said, as per Reuters.

Stephanie Grisham resigned as chief of staff to the first lady after supporters of President Donald Trump violently occupied the U.S. Capitol in an effort to block Congress from certifying the presidential election results.

"It has been an honor to serve the country in the White House. I am very proud to have been a part of Mrs. Trump’s mission to help children everywhere, and proud of the many accomplishments of this administration," Grisham said in a statement.

Grisham, who spent a year as White House press secretary before becoming chief of staff to the first lady, did not say whether her resignation was in reaction to the violence in the nation`s capital, but a source familiar with her decision said the violence was the last straw for her.

The White House social secretary, Rickie Niceta, also resigned, as did a deputy White House press secretary, Sarah Matthews, two sources told Reuters. O`Brien was also considering resigning, as was Pottinger, the deputy national security adviser who has been a key voice on China policy within the administration, two sources said. "I just spoke with Vice President Pence," O`Brien said in a statement earlier Wednesday, adding, "I am proud to serve with him." There was also chatter inside the White House that deputy chief of staff Chris Liddell might resign, a source said.