Nobel Prize 2022: It is important to note that the economics award wasn't created by Nobel but by Sweden's central bank in 1968. 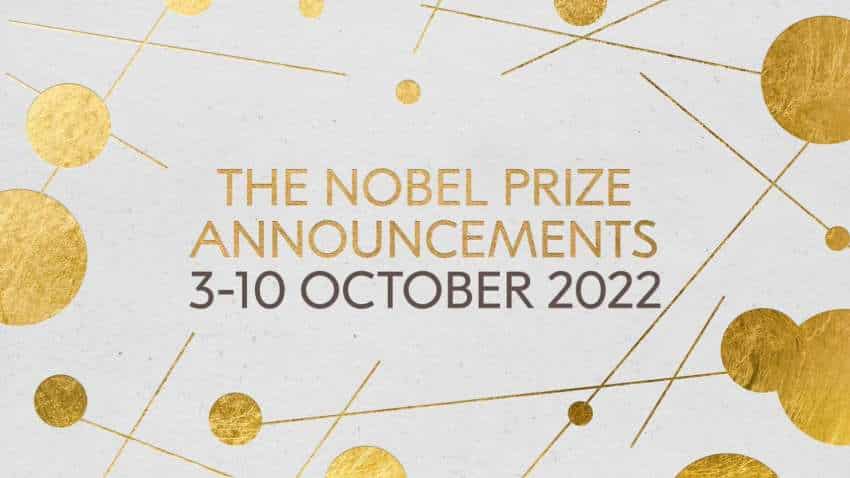 Nobel Prize 2022: While the Nobel Peace Prize is presented in Norway, the other awards related to the Nobel are handed out in Sweden.

Nobel Prize 2022: The season of the Nobel Prize has begun with the announcement of the medicine award. It will kick start with the medicine award on Monday and will be followed by the physics on Tuesday, chemistry on Wednesday and literature on Thursday. The announcement of the Nobel Peace Prize 2022 is scheduled for Friday. The economics award will be announced on October 10.

Here's all you need to know about Nobel Prize 2022:

Alfred Bernhard Nobel was a prominent chemist, inventor, and philanthropist. He is well known for inventing dynamite, which was patented in 1867. It was in 1888 when several newspapers erroneously published obituaries of Alfred after the death of his brother. The obituary stated - Le marchand de la mort est mort ("The merchant of death is dead").

Appalled by it, Alfred decided to posthumously donate the majority of his wealth to find the Nobel Prize. The first prize was awarded in the year 1901, five years after his death. Each prize is worth $900,000.

It is important to note that the economics award wasn't created by Nobel but by Sweden's central bank in 1968.

Who decides about the winner?

Judges who decided the winner of the Nobel Prize are prohibited from discussing their deliberations for 50 years. So, it is very unlikely that common people will get to know about the winners before the announcement. However, the information does gets leaked sometime.

Who can nominate a candidate?

From university professors to previous Nobel laureates, there are thousands of people who are eligible for nominations. While the nominations are usually kept secret, at times people who submit nominations announce their suggestions.

While the Nobel Peace Prize is presented in Norway, the other awards related to the Nobel are handed out in Sweden. This is apparently how Alfred Nobel wanted it.

According to Alfred Nobel, the prize should go to "the person who shall have done the most or the best work for fraternity between nations, for the abolition or reduction of standing armies and for the holding and promotion of peace congresses."

Nobel Peace Prize: Complete list of winners and all you need to know ahead of much-anticipated announcement