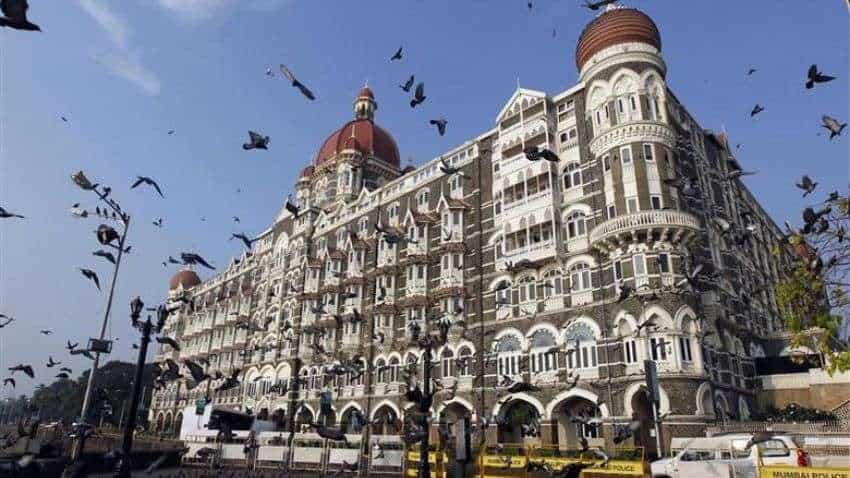 Mumbai ranking at number 127 is the costliest city in India for expatriates in terms of both living expenses and accommodation costs. Pic: Reuters

Mumbai is the costliest city in India for expatriates, in terms of both living expenses and accommodation costs, followed by New Delhi. However, these two metro cities are cost-effective globally, according to a survey.

According to Mercer's 2022 Cost of Living survey, Mumbai ranking at number 127 is the costliest city in India for expatriates in terms of both living expenses and accommodation costs followed by New Delhi (155), Chennai (177), Bengaluru (178) and Hyderabad (192).

While Pune at number 201 and Kolkata at 203 are the least expensive Indian cities in the ranking, it noted.

However, globally these Indian cities are among the most cost-effective places for the expatriates, it added.

Globally, Hong Kong ranked the most expensive city to live in followed by Zurich, Geneva, Basel and Bern in Switzerland, Tel Aviv in Israel, New York in the US, Singapore, Tokyo in Japan and Beijing in China.

The Cost of Living survey by Mercer was conducted in March 2022, and this year's ranking compares the prices of more than 200 commodities, including housing, transportation, food, clothing, household goods and entertainment in 227 cities spread across five continents.

Further, the survey found that Mumbai -- financial hub of India -- is popular for multinational corporations to establish operations.

Organisations are, however, also considering other low-cost areas like Hyderabad, Chennai and Pune due to the higher cost of living in Mumbai, it revealed

Among the accessed Indian cities, Kolkata has the lowest cost of daily necessities such as milk, breads, vegetables among others, while Mumbai and New Delhi have the highest costs.

In terms of energy, it found that phone costs among others, the cost of home utilities is highest in Mumbai and lowest in Chennai and Hyderabad, while watching a movie in Mumbai is most expensive whereas Hyderabad is the cheapest.

"Global supply chains for necessities have been disrupted as a result of Covid-19-related volatility, which has been exacerbated worse by the conflict between Ukraine and Russia.

As a result of this uncertainty, organisations have been forced to reevaluate their global mobility initiatives with a focus on the wellbeing of their expatriate employees, balanced with economics, along with significantly growing inflation in the majority of countries around the world," Mercer India Mobility Leader Rahul Sharma said.

The survey found that Hyderabad had the cheapest housing of all the places examined in India when evaluating the country's housing market.

However, Hyderabad is more expensive than Pune and Kolkata when both cost of living and housing are taken into account.

Among other Indian cities, Mumbai has some of the most costly rentals, followed by New Delhi and Bangalore.

The other Indian cities in the ranking (Chennai, Hyderabad, Pune and Kolkata) have accommodation costs that are over 50 per cent lesser than those of Mumbai.

For expats, Kolkata is more economical than Mumbai

Do you know which is India's most trusted institution? Find here