Pfizer COVID-19 vaccine: More than 600,000 people in the United Kingdom have received the first dose of the Pfizer-BioNTech COVID-19 vaccine since inoculations began in the country earlier this month, the British government said on Thursday. 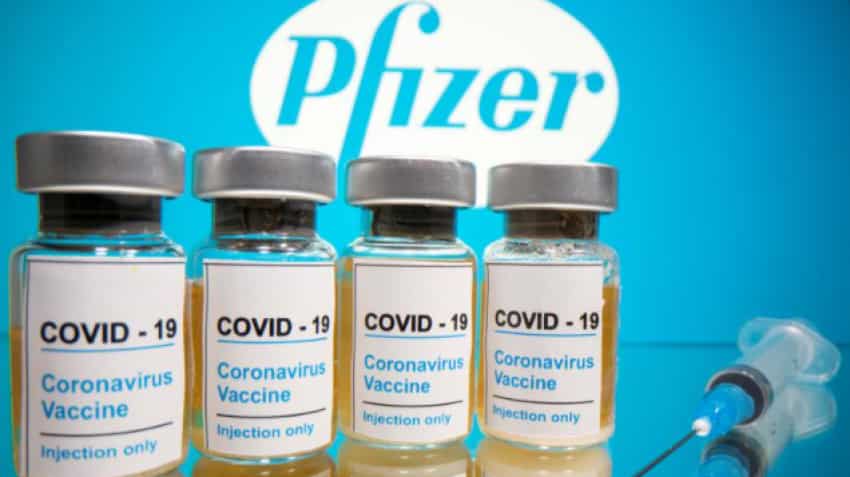 Pfizer COVID-19 vaccine: More than 600,000 people in the United Kingdom have received the first dose of the Pfizer-BioNTech COVID-19 vaccine since inoculations began in the country earlier this month, the British government said on Thursday.

"The government has today published figures which show the number of people who have received the vaccine between 8 December and 20 December in the UK is 616,933," the Department of Health and Social Care said in a statement https://bit.ly/3mNRZwH.

Earlier this month, the United Kingdom became the first country in the world to roll out the vaccine made by Pfizer and BioNTech.

In all, Britain has ordered 40 million doses of Pfizer`s vaccine, and Health Secretary Matt Hancock has said that he expects to receive millions of doses by the end of the year.

Vaccines have been administered to care home residents, those aged 80 and over and health and social care staff through over 500 vaccination sites, the government said.

Medicines and Healthcare Products Regulatory Agency Chief Executive June Raine told Reuters on Thursday the regulator started its analysis of the data and will make a decision in the "shortest time possible."

Separately, a spokesman for the Health Department told Reuters that some staff at the Milton Keynes testing lab, the UK`s biggest, tested positive for COVID-19.

A new variant of the coronavirus has been spreading rapidly in Britain recently with huge swathes of England being placed under its strictest COVID-19 restrictions.

The variant known as the B.1.1.7 lineage may be up to 70% more infectious and more of a concern for children. It has sown chaos in Britain, prompting a wave of travel bans that are disrupting trade with Europe and threatening to further isolate the island country.