The Bank of Japan retained its easy monetary policy settings on Thursday and projected inflation at well below its 2% target for at least two more years, reinforcing market bets it will lag other central banks in dialling back crisis-mode policies. 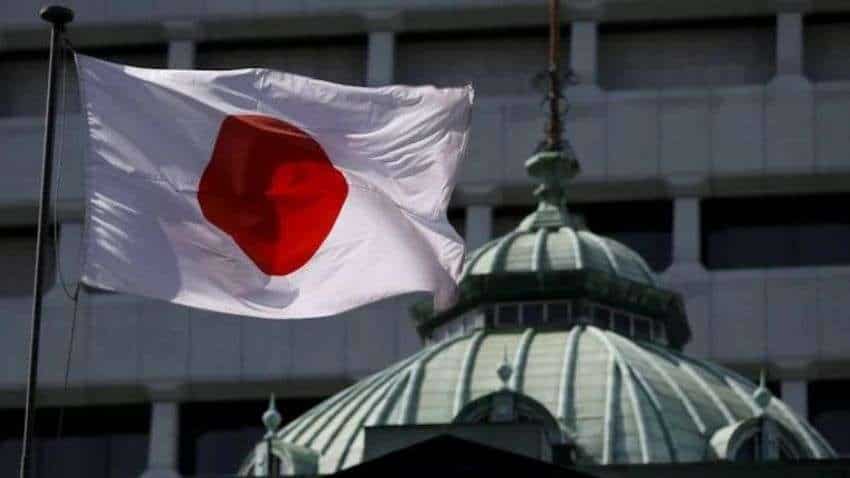 The Bank of Japan retained its easy monetary policy settings on Thursday and projected inflation at well below its 2% target for at least two more years, reinforcing market bets it will lag other central banks in dialling back crisis-mode policies.

In fresh quarterly estimates, the BOJ cut its consumer inflation forecast for the year ending in March 2022 to 0% from 0.6% due largely to the impact of cellphone fee cuts and a change in the base year for the price index.

The central bank also slashed this year`s economic growth forecast on sluggish consumption and the hit to factory output from supply disruptions caused by the COVID-19 pandemic.

The projections highlight the policy gap between Japan and other economies.

In Australia, core inflation sped to its fastest annual pace since 2015. Earlier on Thursday, the Reserve Bank of Australia made no offer to buy a government bond that is the linchpin of its stimulus programme, stoking market speculation about an early hike in interest rates.

And overnight, the Bank of Canada jolted markets by ending its bond buying altogether and flagging a hike as soon as April.

"While other countries are gradually moving towards reducing monetary stimulus, the BOJ is living in a totally different world as an outlier from the global trend," said Masamichi Adachi, chief economist at UBS Securities.

"Given tepid inflation expectations, the BOJ will stick to easing policy under yield curve control at least until Governor Kuroda and his two deputies serve out their terms in 2023."

As widely expected, the BOJ maintained its target for short-term interest rates at -0.1% and that for 10-year bond yields around 0% at the two-day rate review that ended on Thursday.

Japan`s economy emerged from last year`s pandemic-induced doldrums as robust overseas demand propped up exports, offsetting some of the weakness in consumption.

But supply bottlenecks and chip shortages have hit manufacturers, clouding the outlook for the export-reliant economy.

Rising commodity costs have pushed Japan`s wholesale inflation to a 13-year high in September. But the pass-through to households has been remarkably slow due to sluggish domestic demand, keeping consumer inflation stuck around zero.

That leaves Japan as an outlier, especially as intensifying global inflation pressure is prompting more central banks to consider withdrawing their massive stimulus.

Economists from around the world expect 13 of 25 central banks would raise rates at least once before the end of next year, a global Reuters poll showed.

Despite external headwinds to growth, the BOJ offered an upbeat view on Japan`s recovery prospects. It raised its growth forecast for next fiscal year and described the recent slowdown in exports and output as "temporary."

"The economy is likely to recover as the impact of the pandemic gradually fades," it said, adding the strength in the corporate sector will gradually spread to households.

"As firms become eager to change their price-setting behavior, more of them could start to pass on costs and raise prices," the BOJ said in the report.

BOJ should stick with 'Abenomics', whoever next governor is: Japan PM adviser

What investors should look at when choosing PMS investment? Top 7 factors to consider