The International Monetary Fund and the European Commission have for years urged Germany to do more to lift domestic demand and imports as a way to reduce global economic imbalances and stimulate growth elsewhere. Since his election, U.S. President Donald Trump has also criticised Germany`s export strength. 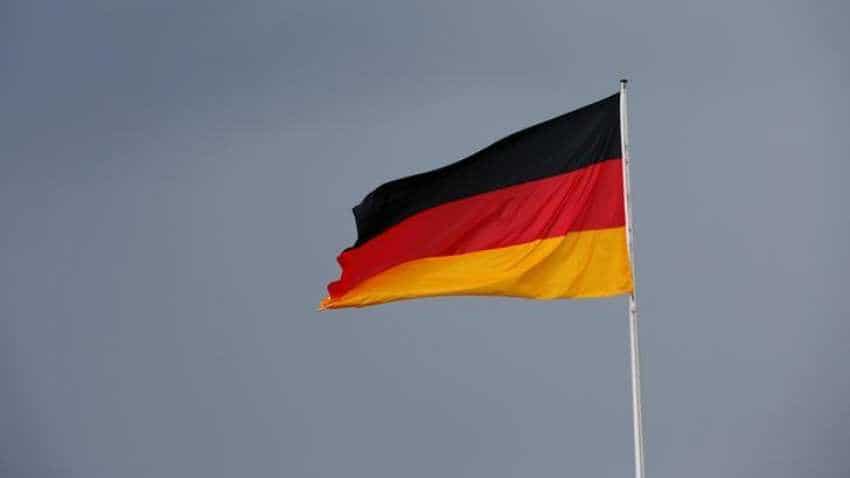 Germany`s current account surplus is set to remain the world`s largest this year despite increased trade tensions, the Ifo institute said on Monday, in an estimate likely to renew criticism of Chancellor Angela Merkel`s fiscal policies.

The International Monetary Fund and the European Commission have for years urged Germany to do more to lift domestic demand and imports as a way to reduce global economic imbalances and stimulate growth elsewhere. Since his election, U.S. President Donald Trump has also criticised Germany`s export strength.

Germany`s current account surplus -- which measures the flow of goods, services and investments -- will remain the world`s largest for the third year running in 2018 at $299 billion, followed by Japan with $200 billion, according to Ifo estimates.

The Netherlands are likely to come in third with a current account surplus of roughly 110 billion dollars while China will not be among the top three surplus countries due to a surge in imports and lower returns from capital held abroad, Ifo said.

"On the other end of the spectrum, the United States is set to remain the country with the largest current account deficit with roughly $420 billion," Ifo economist Christian Grimme said.

Separately, the German finance ministry said on Monday that Turkey`s currency crisis poses an additional risk to the German economy on top of trade frictions with the United States and the possibility of Britain leaving the EU without a deal.

The Turkish lira has lost nearly 40 percent of its value against the dollar this year, hit by a worsening diplomatic rift with the United States and by investor alarm about President Tayyip Erdogan`s influence over monetary policy. Germany is the second biggest foreign investor in Turkey.

Ifo said Germany`s current account surplus is largely the result of its trade balance: exports are expected to exceed imports by 265 billion euros this year.

In the first half of the year, demand for `Made in Germany` goods was especially strong in other euro zone countries as well as European Union members outside the single currency bloc.

Measured in relation to economic output, Germany`s current account surplus is likely to edge down to 7.8 percent this year after 7.9 percent in 2017, Ifo estimated.

Since 2011, Germany`s current account surplus has been consistently above the European Commission`s indicative threshold of 6 percent of gross domestic product which, if it is continuously exceeded, can entail policy recommendations.

The European Commission formally identified a macro-economic imbalance in Germany for the first time in 2014 and has confirmed this criticism every year since. In its recommendations, the Commission says Germany should make use of its budget surplus to boost public investment and create favourable conditions for stronger real wage growth. The IMF has sent similar recommendations to Berlin.

The Economy Ministry said the government`s fiscal and economic policies were not primarily designed to influence the current account balance.

"Above all, it is the result of market-based supply and demand decisions by companies and private consumers on world markets and is dependent on factors such as oil prices, exchange rates and demographic trends," a ministry spokesman said.

Regardless of this, the government wants to strengthen domestic demand and provide favourable conditions for a competitive economy in Germany, which both have a dampening effect on the current account surplus, the spokesman added. The ministry pointed to the introduction of a national minimum wage in 2015 and increased public investment in infrastructure.

The DIHK Chambers of Industry and Commerce said Germany`s current account surplus underlined the strong performance of its companies and the high attractiveness of their products.

What are the benefits of having permanent residency in Germany?