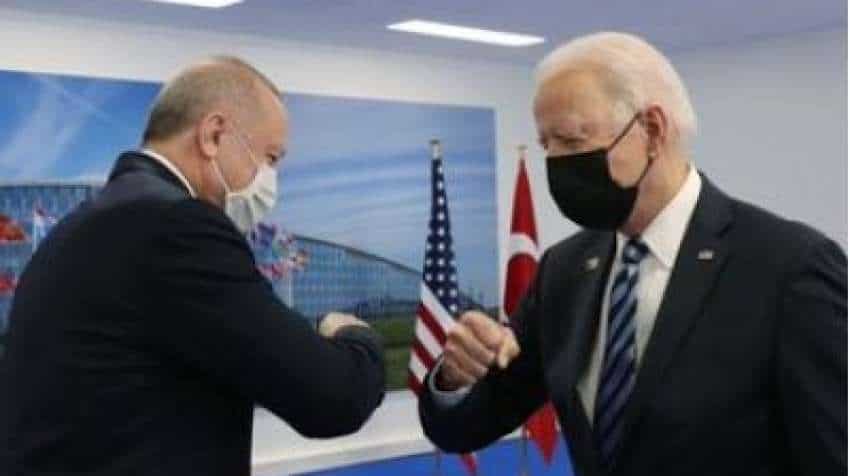 The European Union (EU) and the United States held their first summit in seven years on Tuesday as US President Joe Biden was on his first overseas trip since taking office to revamp the transatlantic ties.

Von der Leyen told a press conference following the summit that bilateral trade and investment between the two sides were "unrivaled," and the trade was worth almost one trillion euros in 2020 despite the Covid-19 pandemic, she said.

The EU and the US agreed on a truce in their long-standing conflict over aircraft subsidies. The dispute over subsidies for US planemaker Boeing and its European rival Airbus has resulted in parallel cases filed at the World Trade Organization (WTO) since 2004.

Both sides had agreed in March to a four-month suspension of tariffs on $11.5 billion of goods from EU wine to US tobacco and spirits, which they had imposed during the dispute.

During the summit, both sides agreed to remove the tariffs for five years until they continue discussions on an overarching deal on the subsidies.

They also agreed to establish an EU-US Trade and Technology Council with a view to expand bilateral trade and investments and discuss how to avoid new unjustified technical barriers and how to cooperate in areas with high potential from both economies.

According to a joint statement issued after the summit, the leaders set a Joint Transatlantic Agenda for the post-pandemic era and commit to regular dialogue to take stock of progress.

On the Covid-19 vaccines, they agreed to set up a joint task force to move faster and quicker to help vaccinate the world.

Biden arrived in Brussels from Cornwall, Britain, where he attended the Group of Seven summit. He joined the leaders of other NATO members for a summit in Brussels on Monday. Following the EU-US summit, Biden left for Geneva, where he would meet his Russian counterpart Vladimir Putin.