The Prime Minister talked about Sufism and cultural heritage of Central Asia and said the SCO should develop a common template to fight radicalisation and extremism on the basis of the historical heritage of the region. 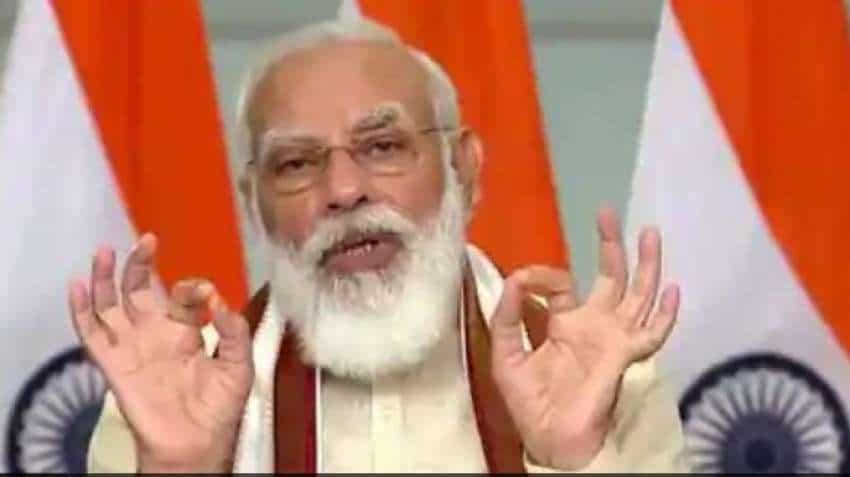 The Prime Minister said that any initiative on connectivity cannot be a one-way street and that connectivity projects should be consultative, transparent and participatory to ensure mutual trust. Source: ANI

Prime Minister Narendra Modi on Friday said the recent developments in Afghanistan have demonstrated that increasing radicalisation was the "root cause" of biggest challenges relating to peace and security in the region and pitched for developing a common template by the SCO to deal with these challenges.

Speaking at the meeting of the Shanghai Cooperation Organisation (SCO) Council of Heads of State, Modi also called for enhancing connectivity between land-locked Central Asia and India and noted that such projects should be transparent and respect the territorial integrity of all countries, in comments that came amid growing criticism of China's Belt and Road Initiative (BRI).

In his virtual address at the meeting, held in Dushanbe, Tajikistan in a hybrid format --virtual as well as in-person, the Prime Minister talked about Sufism and cultural heritage of Central Asia and said the SCO should develop a common template to fight radicalisation and extremism on the basis of the historical heritage of the region.

"The 20th anniversary of the SCO is also a suitable occasion to think about the future of the SCO. I believe that the biggest challenges in this area are related to peace, security and trust-deficit and the root cause of these problems is increasing radicalisation," the Prime Minister said.
The recent developments in Afghanistan have made this challenge more apparent and the SCO should take an initiative on this issue, he asserted.

"If we look at the history, we will find that the region of Central Asia has been a bastion of moderate and progressive cultures and values. Traditions like Sufism have flourished here over the centuries and spread throughout the region and the world," the Prime Minister said.

"We can still see their influence in the cultural heritage of this region. On the basis of this historical heritage of Central Asia, SCO should develop a common template to fight radicalisation and extremism," he said.

Modi said the SCO should work to develop a strong network among moderate, tolerant and inclusive institutions and traditions associated with Islam.

"In India, and almost in all SCO countries, there are moderate, tolerant and inclusive institutions and traditions associated with Islam. SCO should work to develop a strong network between them," he said.

"In this context, I appreciate the useful work being done by SCO-RATS. We expect our SCO partners to actively participate in the calendar of activities that has been built for India's Presidency of SCO-RATS," he added.

India has shown keen interest in deepening its security-related cooperation with the SCO and its Regional Anti-Terrorism Structure (RATS), which specifically deals with issues relating to security and defence.

The Prime Minister said that one of the main reasons for the success of SCO is that its core focus has been on the priorities of the region.

"My suggestions on radicalization, connectivity and people-to-people relations will further strengthen this role of SCO," he said.

Fighting radicalisation is not only necessary for regional security and mutual trust, but it is also necessary for the bright future of our younger generations, Modi said.

"To compete with the developed world, our region has to become a stakeholder in emerging technologies. For this we have to encourage our talented youth towards science and rational thinking," he said.

The Prime Minister said the vast economic potential of the region has also remained untapped due to radicalisation and insecurity, be it mineral wealth or intra-SCO trade.

He said, to take full advantage of them, there was a need to enhance connectivity and that India is committed to increasing its connectivity with Central Asia.

"We believe that land-locked Central Asian countries can benefit immensely by connecting with India's vast market. Unfortunately, many connectivity options are not open to them today due to lack of mutual trust," Modi said.

"Our investment in Iran's Chabahar port and our efforts towards the International North-South Corridor are driven by this reality," he said.

The Prime Minister said that any initiative on connectivity cannot be a one-way street and that connectivity projects should be consultative, transparent and participatory to ensure mutual trust.

His comments came in the backdrop of increasing criticism of China's Belt and Road Initiative.

"In this regard, respect for the territorial integrity of all countries should be implicit. Based on these principles, SCO should develop suitable norms for connectivity projects in the region," Modi said.

"With this, we will be able to restore the traditional connectivity of this region and only then connectivity projects will work to connect us, not to increase the distance between us. For this effort, India is ready to make any contribution from its side," he said.

The Prime Minister also called for making the region a stakeholder in emerging technologies so that it can compete with the developed world.

"For this, we have to encourage our talented youth towards science and rational thinking," he said and added that this kind of thinking and innovative spirit can be promoted by connecting our young entrepreneurs and start-ups.

Modi said India will be happy to share the open source technologies with SCO partners.

"Whether it is technologies like UPI and Rupay Card to increase financial inclusion or digital platforms like our Aarogya-Setu and COWIN in the fight against COVID, we have voluntarily shared these with other countries as well," he said.

The Prime Minister also welcomed Iran as the grouping's new member and Saudi Arabia, Egypt and Qatar as its dialogue partners.

"It is a matter of happiness that new friends are joining us on this auspicious occasion. I welcome Iran as a new Member State of the SCO. I also welcome the three new dialogue partners - Saudi Arabia, Egypt and Qatar," Modi said.

"The expansion of SCO shows the growing influence of our organization. SCO will become stronger and more credible with new members and dialogue partners," he said.

The SCO has emerged as one of the largest transregional international organisations. India and Pakistan became their permanent members in 2017.

The grouping was founded at a summit in Shanghai in 2001 by the presidents of Russia, China, the Kyrgyz Republic, Kazakhstan, Tajikistan and Uzbekistan.