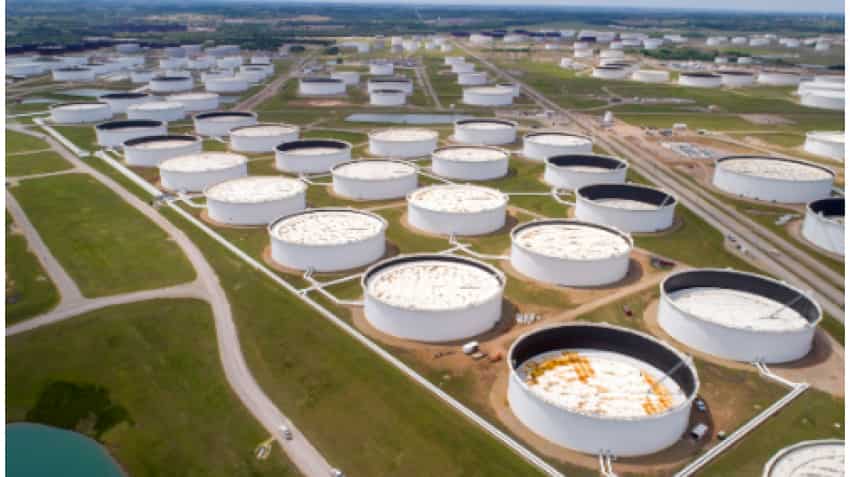 West Texas Intermediate (WTI) futures were down 95 cents, or 1.1%, at $83.70 after gaining 1.1% in the previous session.
Both benchmarks remain near multi-year highs and closed on Friday with a seventh straight weekly gain as major producers hold back supply and demand rebounds after the easing of pandemic restrictions.

Gasoline inventories rose by 500,000 barrels and distillate stocks increased by 1 million barrels, compared with a forecast for both to drop. [API/S]

"Barring more bullish headlines, which is possible considering what we saw yesterday, we could see some profit-taking in Brent and WTI, which would be healthy for the market," said Craig Erlam, senior market analyst at OANDA.

Storage tanks at the WTI oil delivery hub in Cushing, Oklahoma, are more depleted than they have been in the past three years, with prices for longer-dated futures contracts pointing to supplies staying at those levels for months.

However, a patchy recovery around the world from the worst health crisis in 100 years, has often led to doubts over the sustainability of oil prices.

"The global oil market is still at risk due to not fully containing the coronavirus and its variants," said Stephen Brennock of oil broker PVM.

"A flare-up in cases over the summer weighed heavily on prices and this could feasibly happen again if the situation worsens."

Oil rises 1% ahead of OPEC meeting under Omicron cloud