What to expect in today's Budget; a final roundup 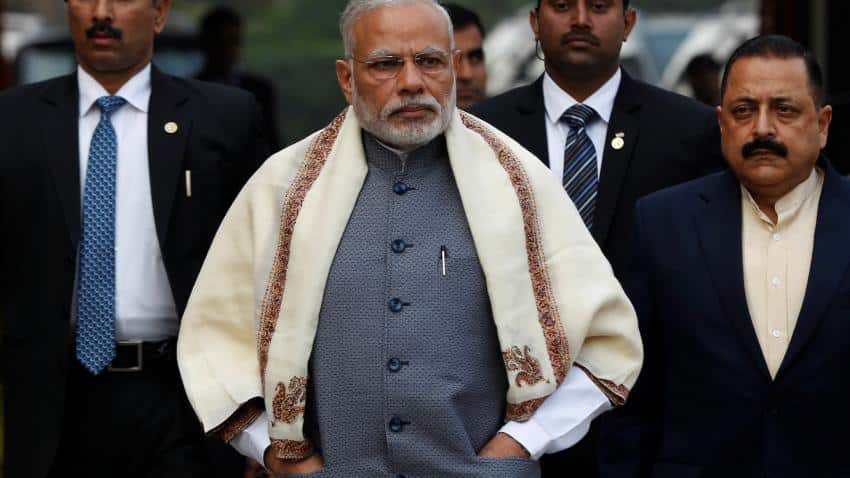 Ministry of Finance said that they will do away with plan and non- plan expenditure as it expresses expenditure as capital and revenue. Photo of Prime Minister Narendra Modi. Image Source: Reuters

The Union Budget which will be declared on February 1, a month prior to its usual timeline will present consolidated funds for the centre as well as Indian railways.

“The Budgeted fiscal deficit for FY17 (3.5% of GDP) will be easily met due to steep increase in excise revenues (8MFY16 excise revenue is up 46%) on account of higher excise duties on diesel and gasoline, which will more than offset likely lower non-tax revenues owing to lower spectrum auction revenues and lower divestment amount compared to the budget target of Rs 565 billion,” analysts from the Retail Research team of HDFC Securities Ltd said in a report dated January 30.

Here is what you can expect in today’s budget announcement:

1. Cut in Corporate income tax for FY18 by 100-150 bps:
All fast moving consumer goods (FMCG) companies and multi-national companies, whose effective tax rate is currently high could benefit from this announcement as corporate income tax is expected to be lower by 100 to 150 bps.

However, the analysts said that there will be simultaneous end to certain exemptions and a reduction in minimum alternate tax, which was a move to bring such companies under the I-T net, Section 115JA.

Companies coming under MAT would benefit from this announcement. As well as insurance companies could be hit as tax on insurance is expected to increase from the current 12.5% rate.

2. Adherence to the Gross fiscal deficit target of 3% of GDP in FY18
The analysts said that the expected leeway of upto 3.3% of GDP expected by most analysts may not be taken by finance ministry. Hence the fiscal spending expected to the extent of 0.3% of GDP may not materialise.

3. Increase in service tax from the current 15% and surcharge to 18%.
Hospitality, telecom and media companies are expected to be most hit by this decision.

4. Some form of Universal Basic Income in a pilot phase
In the Economic Survey presented by the finance ministry yesterday the report said that the UBI will not be a replacement but however an additive measure in the social programmes.

The report also said that some form of UBI in a pilot phase will be established which is expected to provide a basic income ranging from Rs 4,800 to Rs 12,000 per capita per year.
People on the 0.45% threshold of the poverty line will be considered for this scheme.

“Rural and social sector spend may be upped after they were cut by 0.7-0.8% of GDP over the last 5 years. Government’s spending priorities to remain directed towards creating assets rather than giving subsidies,” the analysts said.

7. Subvention, tax benefits and more credit to SME, farmers.
Small and medium enterprises as well as farmers could look forward to more tax benefits which is likely to boost employment and create spending power.

8. Customs duty on gold to be cut from the current 10%
The analysts expect that jewellery companies will face a one-time hit due to inventory market to market.

“Domestic companies manufacturing these will benefit and it will offset to some extent the ill effects of withering away of MIP provisions on steel,” the analysts said.

Jan Dhan Accounts get a boost from Budget 2018