Budget 2017: Govt to focus on BHIM, Aadhaar Pay to move towards digital economy

The government will also launch two new schemes to promote the usage of the BHIM app. 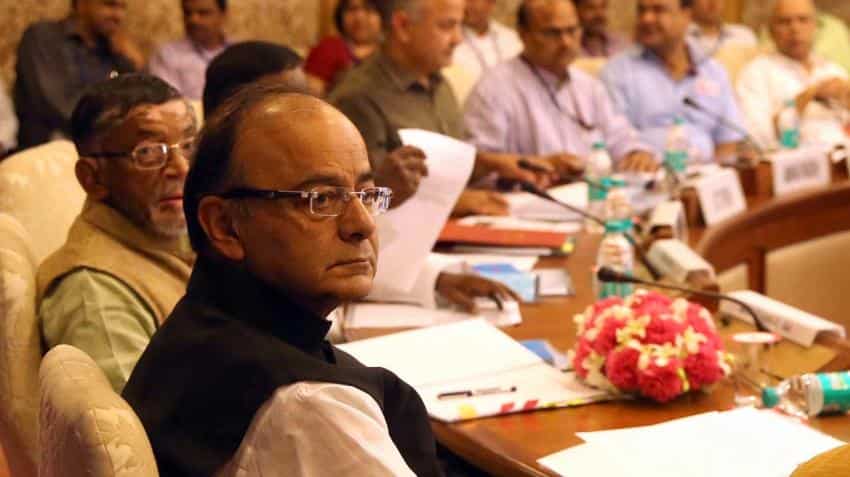 Arun Jaitley at a meeting with CGST. Photo: IANS

The government has given more emphasis to moving towards a digital economy in this Budget. Finance Minister Arun Jaitley in his Union Budget 2017 address said that the government was committed towards pushing India towards a digital economy in which there would be greater accountability. He said a mission will be to set up with a target of 2,500 crore digital transactions for 2017-18 through UPI, USSD, Aadhar Pay, IMPS and debit cards.

The government will also launch two new schemes to promote the usage of the BHIM app. This includes a referral bonus scheme for individuals and a cashback scheme for merchants. Jaitley said that 125 lakh people have adopted the BHIM app so far.

Apart from this, a proposal to mandate all Government receipts through digital means, beyond a prescribed limit, is under consideration.

He further said that banks have targeted to introduce additional 10 lakh new POS terminals by March 2017. They will be encouraged to introduce 20 lakh Aadhar based POS by September 2017.

Jaitley also proposed to create a Payments Regulatory Board in the Reserve Bank of India (RBI) by replacing the existing Board for Regulation and Supervision of Payment and Settlement Systems.

"This has been one of the path breaking budgets"

India can be at forefront of global online dispute resolution movement: Niti Aayog

SGB Tranche 8: Do you know these 6 'golden reasons' to invest in Sovereign Gold Bond?

Rohit Khosla urges the need for entrepreneurial education. Here’s what he says!