While HEG, Indiabulls Ventures and Graphite India gained 1518 per cent, 1164 per cent and 721 per cent, respectively, Phillips Carbon Black, Venky's (India) and Rain Industries rallied over 400 per cent. 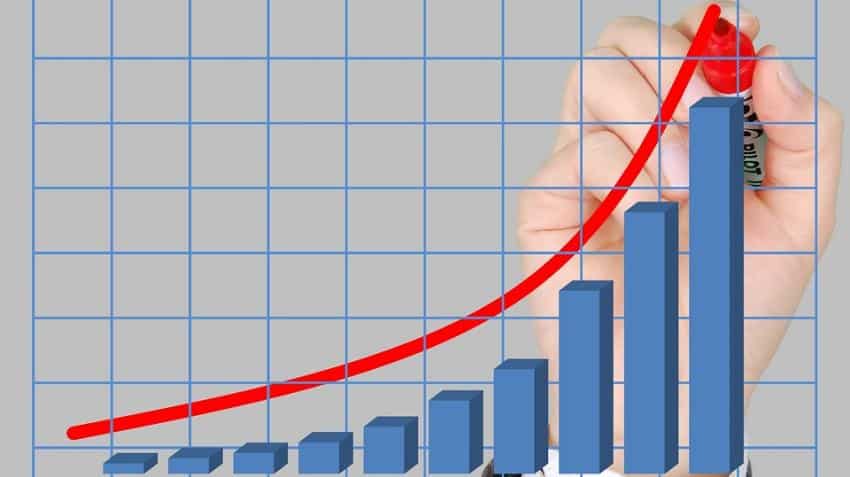 A multibagger is a stock that multi-folds investor's wealth, gaining at least 100 per cent at a certain timeframe. Image source: Pixabay

As many as 58 stocks on the BSE-500 turned multibaggers since Budget 2017, while the two of them - HEG and Indiabulls Ventures - rallied over 1000 per cent during the same period.

A multibagger is a stock that multi-folds investor's wealth, gaining at least 100 per cent at a certain timeframe.

While HEG, Indiabulls Ventures and Graphite India gained 1518 per cent, 1164 per cent and 721 per cent, respectively, Phillips Carbon Black, Venky's (India) and Rain Industries rallied over 400 per cent.

Below are the top 10 gainers and losers on BSE-500 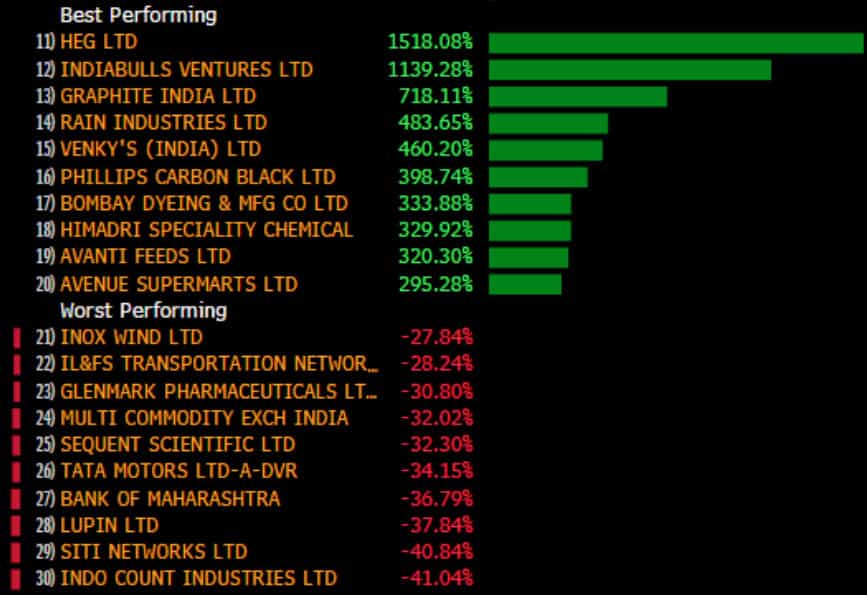 Going deeper into Budget to budget movement, Reliance Industries (up 83 per cent), Tata Steel (up 65 per cent), Hindustan Unilever (up 63 per cent) and Maruti Suzuki (up 56 per cent), contributed most to the gains on Sensex.

There were only six losers among 30 stocks on the index. Tata Motors DVR, Tata Motors and Dr Reddy’s shed 34 per cent, 26 per cent and 21 per cent, respectively, while Sun Pharma, Power Grid and Coal India shed in the range of 3 per cent to 6 per cent. 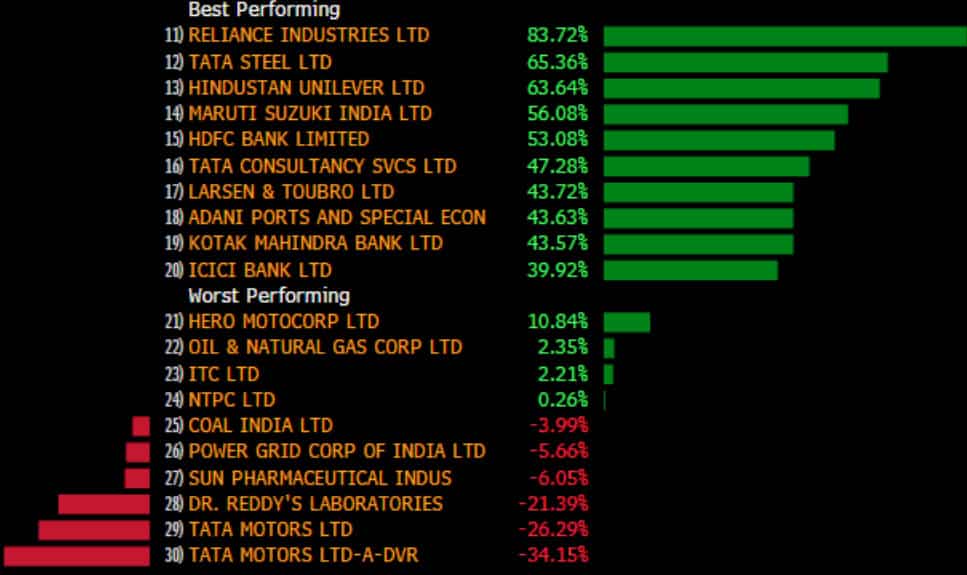 As we move closer to Budget 2018, here are the sectors to watch out for:

Brokerage Kotak Securities maintained that the budget could be less relevant after 2-3 months as focus would again shift to global events, macroeconomics and earnings.

It also said that the consensus valuations of Nifty at 18.4x one-year forward PE looks expensive, but IS no way close to the bubble zone of 22-23x on forward basis.

However, it further noted that the Mid Cap Index at 23.6x one-year forward PE (on consensus estimates) looks very expensive and in bubble zone.

“Earnings revival is absolutely critical for the rich valuations to sustain. Given valuations and risk-reward matrix, we prefer large caps over mid-caps on a broader basis. Nonetheless, the universe of mid and small caps is very vast so handpicking a basket of few selects stocks in this space is not so challenging. At this juncture, our preference is for sound management backed companies that have room for further expansion in valuations and improving earnings trajectory,” Kotak Securities said.