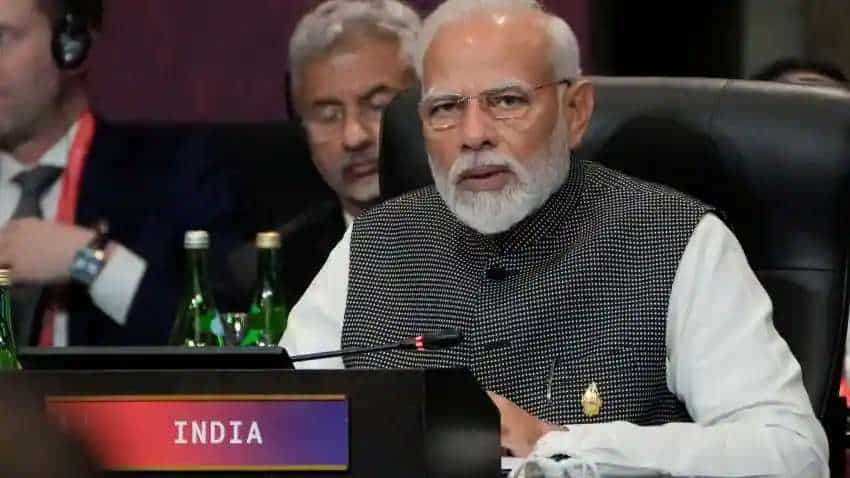 India G20 Presidency: India will assume the yearlong presidency of G20 on December 1 and more than 200 meetings of the bloc will be held across 55 locations in the country. (Pic: PTI/File image)

Preparations for the G20 meetings in India are on course and the first meeting under the tourism track will be held in the picturesque Rann of Kutch in Gujarat, a top official said here on Friday.

Union Tourism Secretary Arvind Singh also told reporters on the sidelines of an event at the UN House that sustainability will be one of the priority areas when India hosts the G20 events.

India will assume the yearlong presidency of G20 on December 1 and more than 200 meetings of the bloc will be held across 55 locations in the country.

The first G20 meeting will be held in the first week of December in Rajasthan's Udaipur when the G20 Sherpa meet will take place, officials had earlier said.

From painting walls to depicting the Indian culture to decking up heritage sites with lights -- hectic preparations are underway in Udaipur for the first G20 Sherpa meeting.

The first meeting of the G20 under the tourism track will take place in Rann of Kutch of Gujarat late January or early February, Singh said.

"The second meeting (in this category) will be held in Siliguri, the third one in Srinagar and the fourth one in Goa," he added.

Asked about the preparations for the G20 meetings, Singh said, "It is absolutely on track."

Earlier, Singh took part in the CEO Roundtable on Sustainable Tourism hosted by the Ministry of Tourism at the UN House, which brought industry leaders and other stakeholders and participants from the environment conservation sector and NGOs together to discuss the way forward.

The Tourism Ministry later said in a statement said the event was held in alignment with the National Strategy for Sustainable Tourism and with an objective to enhance engagement and participation of industry stakeholders in transition of tourism sector towards sustainability pathway.

The event was held in partnership with the United Nations Environment Program (UNEP) and Responsible Tourism Society of India (RTSOI).

The round table followed and drew linkages with three important initiatives on sustainable tourism, which was signed by participants, with an objective to accelerate sustainable consumption and production in tourism policies and practices for addressing the triple planetary crisis and accelerate low carbon, climate resilient and green economic transformation of tourism sector, it added.

Tourism Secretary Singh earlier said that everybody wants to mainstream sustainability in all aspects of life, including tourism, and highlighted the fact that with the G20 meetings around the corner it is important to step up commitment towards it.

He further said it is the ideal time that India should take the leadership position in responsible tourism.

B20 meet: Gujarat aims to become world centre for green hydrogen in next 12 years with 8 MTPA production capacity