Rahul was then named as captain for the five-match T20I series at home against South Africa in June. 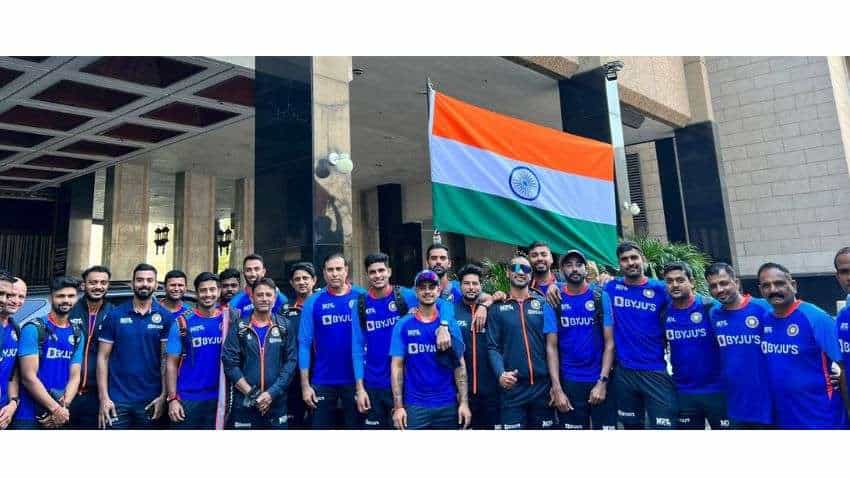 The India men's cricket team, led by opener KL Rahul, will play three-match ODI series, starting from August 18, against Zimbabwe. This will be followed by two more matches on August 20 and 22 at the Harare Sports Club.

The Tea India left for Zimbabwe on Saturday morning. The social media accounts of the Board of Control for Cricket in India (BCCI) showed pictures of Prasidh Krishna, Deepak Chahar, Shikhar Dhawan, Shardul Thakur, Mohammed Siraj, Ruturaj Gaikwad and Rahul Tripathi in the flight. NCA head VVS Laxman was also spotted, suggesting that he could be the head coach for the ODI series against Zimbabwe.

When the Indian team was in England for the rescheduled fifth Test in Edgbaston, Laxman was with the T20I squad as the head coach in Ireland and was present for the first T20I at Southampton as well.

The series is part of the ICC World Cup Super League and massively important for Zimbabwe in order to finish in the top eight of the table. If that happens, Zimbabwe will be eligible for direct qualification to the ODI World Cup in India next year. India have automatically qualified for the mega event by virtue of being the hosts.

India will be captained by Rahul, who was added to the squad on August 11. He will take up leadership duties in place of Shikhar Dhawan, who was earlier named as captain and will now be Rahul's deputy. Rahul has been out of competitive cricket since featuring in the IPL 2022 Eliminator on May 25 in Kolkata. His team, debutants Lucknow Super Giants, lost to Royal Challengers Bangalore by 14 runs at Eden Gardens.

Rahul was then named as captain for the five-match T20I series at home against South Africa in June. But a groin injury on the eve of the first match in New Delhi ruled him out of the series. The sports hernia surgery in Germany meant that Rahul was ruled out of England and Ireland tours too.

He was set to return during India's T20I series against West Indies, but a positive Covid-19 test ahead of the tour meant he wasn't included in trip to the Caribbean. But with T20 World Cup in Australia coming close, Rahul is now fully fit to be back in action for India in ODIs against Zimbabwe, followed by Asia Cup in the UAE starting from August 27.

The ODIs against Zimbabwe also marks Chahar's comeback to the Indian team after nearly six months. Chahar had sustained a right quadriceps injury while turning out for India in the final T20I against West Indies at Kolkata and was ruled out of the subsequent T20I series against Sri Lanka.

While at the National Cricket Academy (NCA) for further management and recovery from the injury, Chahar picked a back injury which ruled him out of playing IPL 2022 for Chennai Super Kings. Rahul Tripathi has received a maiden ODI call-up after being part of India's T20I squad for the Ireland tour.

India vs Australia T20 2022, Nagpur: Live streaming, time, squad, how and where to watch IND vs AUS 2nd T20i match