MCD Polls 2022: Nadda said Kejriwal claims that his government has done unprecedented work in the health sector, but people can`t see them anywhere. 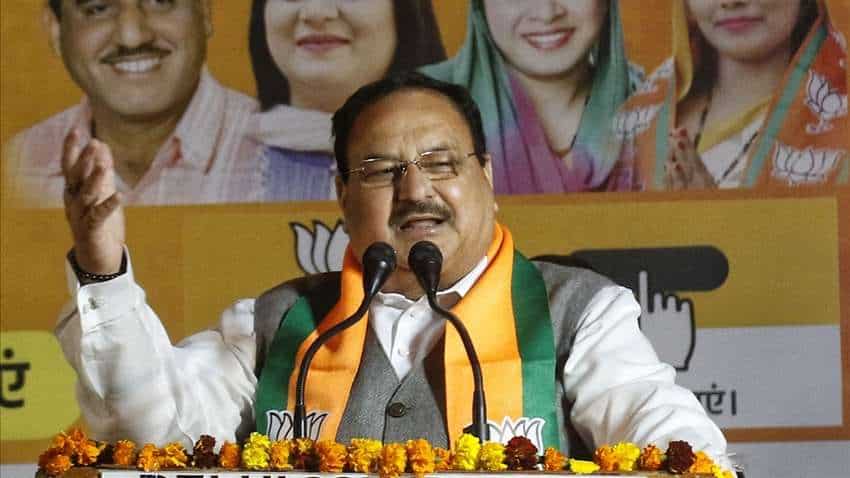 BJP national President J.P. Nadda, while addressing a public meeting in Patel Nagar in the run-up to the December 4 elections to the Municipal Corpration of Delhi (MCD), challenged Deputy CM Manish Sisodia to list the works done by the Aam Aadmi Party (AAP) government in Delhi.

Taking a jibe at the Arvind Kejriwal government, Nadda said that the Chief Minister did many things for Delhi -- `like opening liquor vends on every street, distributing free liquor in one plus one scheme etc`.

"Not only this, the Dy CM for whom Kejriwal has high praises, has made a rapist a therapist to defend one of their jailed colleagues," Nadda said.

The reference was made to jailed AAP minister Satyendar Jain, who was purportedly seen getting a massage in his prison cell fom a person accused of rape.

Nadda said Kejriwal claims that his government has done unprecedented work in the health sector, but people can`t see them anywhere.

"Now massage facility has been made available even inside the jail. After all, on what basis should a common man vote for Kejriwal," Nadda asked.

Nadda also congratulated the corporators, sweepers and party workers who served the people even in adverse circumstances during the Covid-19 pandemic.

He added that the AAP is the first state government, which instead of increasing the budget for the corporation, reduced it.