Prime Minister Modi expressed his gratitude to the people of the states for their support. 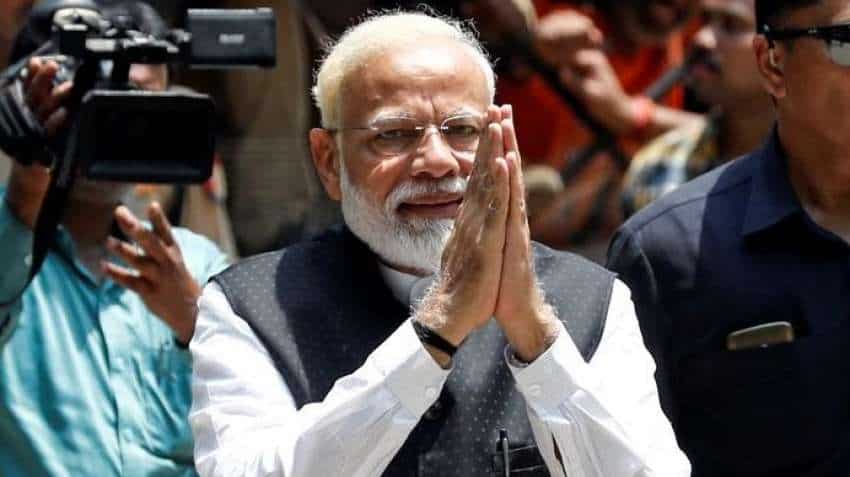 There was a close fight between BJP and Congress in Himachal Pradesh Election 2022. (Image: Reuters)

The Bharatiya Janata Party (BJP) has registered a landslide victory in Gujarat but Congress surged ahead of the ruling party in Himachal. Following an impressive performance of the BJP in his home state, PM Modi called the BJP 'Karyakartas' of Gujarat a 'champion'.

He also thanked the people of Himachal Pradesh for their affection and support for the party.

He tweeted, "To all hardworking @BJP4Gujarat Karyakartas I want to say - each of you is a champion! This historic win would never be possible without the exceptionally hard work of our Karyakartas, who are the real strength of our Party.

He also tweeted, “I thank the people of Himachal Pradesh for the affection and support for the BJP. We will keep working to fulfil the aspirations of the state and raise people’s issues in the times to come. @BJP4Himachal.”

Started preliminary with a neck-and-neck fight between the BJP and Congress, the latter later won the election with a majority mark and has taken a lead in Himachal Pradesh.

Chief Minister Jairam Thakur of BJP has submitted his resignation after the declaration of the results.

The counting of votes for the Himachal Pradesh election 2022 result started at 8 am on Thursday. The main contenders in the HP election 2022 are the BJP and the Congress. The  state has 68 seats and the halfway mark is 35.

In the 2017 assembly election in Himachal Pradesh, the BJP won 44 seats and the Congress won in 21 seats. One seat went to the CPI-M, and two to independent candidates.