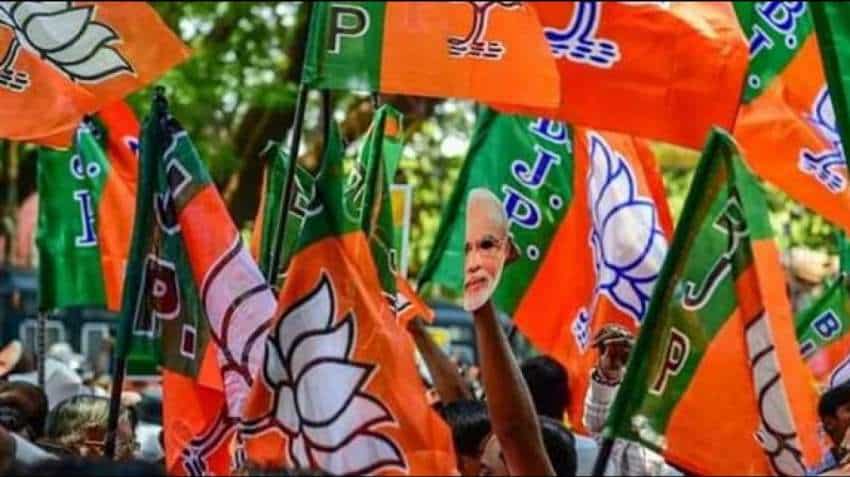 Gujarat Jhagadia Election Result 2022: Riteshkumar Ramanbhai Vasava of BJP won Jhagadia Assembly seat in Gujarat by 23500 votes. This is the first-ever win of BJP in this region. Riteshkumar bagged 89933 votes while Chhotu Vasava won 66433 votes. Veteran tribal leader and founder of the Bharatiya Tribal Party (BTP) Chhotu Vasava was trailing after three rounds in Jhagadia seat in Bharuch district as counting of votes in the assembly elections commenced Thursday morning.

His one-time aide and BJP candidate Ritesh Vasava was ahead by over 6,000 votes.

Chhotu Vasava (78) contested this seat as an independent candidate this time after his son Mahesh Vasava entered the fray as the BTP candidate, but later withdrew his candidature.

Be it any party's wave, Chhotu Vasava has held on to his bastion firmly, contesting either as an independent or a candidate of Janata Dal, Janata Dal (United) or the BTP.

In the past three decades, the Congress as well as the Bharatiya Janata Party (BJP) have ended up as runners-up in the battle against Chhotu Vasava. The Congress had won this seat, reserved for the tribal community, in 1985 - nearly four decades back.

Uttar Pradesh Chief Minister Yogi Adityanath and Prime Minister Narendra Modi had canvassed for Ritesh Vasava, which showed the kind of importance the saffron party had attached to this seat.

While the Congress had fielded Fatehsinhbhai Vasava, from the Aam Aadmi Party (AAP) Urmila Bhagat was in the fray.

The tribal-dominated seat from Bharuch district has 2,58,955 voters.

Gujarat Elections 2022: From Godhra to Morbi - 25 key VIP seats to watch out for

Gujarat Assembly Election 2022: 'I have no 'aukat' as I am merely a servant', PM Modi returns Congress barb