Gujarat Gandhinagar South Election Result 2022: With the present margin, Thakor is leading with good margin and it is expected that he will secure this seat comfortably. However, the official results are expected to be declared by this evening. 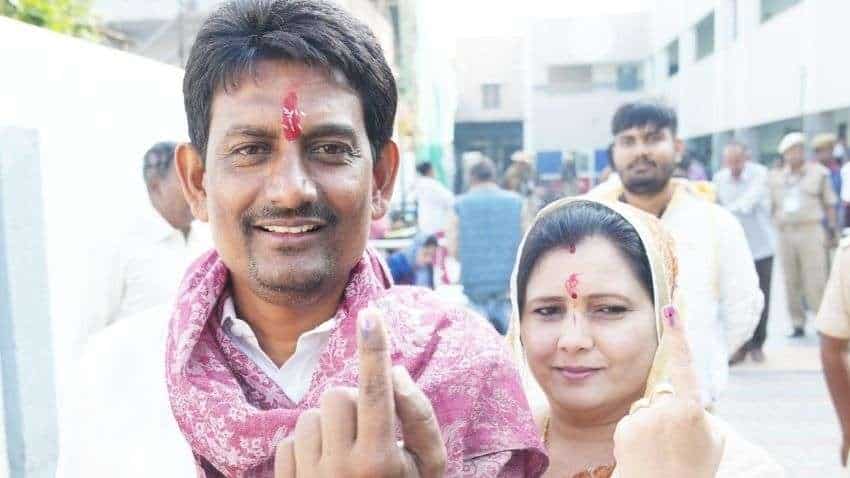 Thakor garnered a total of 134,051 votes, beating Congress’ Himanshu Patel and AAP's Daulat Patel with a winning margin of 43,064 votes.

As per the data available at Election Commission of India at 12:52 PM, OBC leader Alpesh Thakor was leading in Gandhinagar South assembly constituency in Gujarat election results on Thursday. Alpesh Thakor has secured 67,600 votes so far while Congress' Himanshu Patel is on second spot with 50,600. With the present margin, Thakor is leading with good margin and it is expected that Thakor will secure this seat comfortably. However, the official results are expected to be declared by this evening.

It is a big win for the BJP and the AAP in the Gujarat Assembly elections with the former bagging 53.33 per cent vote share and the latter getting a 12 per cent share. The Congress share has shrunk to 26.9 per cent, as per the Election Commission (EC) figures of 12 p.m. According to the EC data, BJP was leading in 150 seats, Congress in 22 seats, AAP six, Samajwadi Party on one and independent on three seats.

Congress leader Paresh Dhanani, who has won the Patidar-dominated Amreli assembly constituency in three elections, on Thursday appeared headed for a shock defeat as early trends showed he was trailing his rival from BJP by more than 5,600 votes.  BJP's Kaushik Vekariya, who heads the party's district unit, had polled 13,322 votes at the end of four rounds of counting of votes. The corresponding figure for Dhanani was 7,638, while the AAP's candidate, Ravi Dhanani had polled 6,000, according to data from the Election Commission.

Also, PM Narendrs Modi is likely to attend the oath-taking ceremony on December 11. The BJP has won by a landslide in the Gujarat Assembly Elections.

King of Moons: 12 new moons found around Jupiter, most in solar system

Women can offer namaz in mosques: AIMPLB to Supreme Court

Samsung Galaxy S23 Ultra Review: Too much? You may be paying just the right price for this premium gadget

Focus on rapid development of infra along border with China for strategic reasons: S Jaishankar