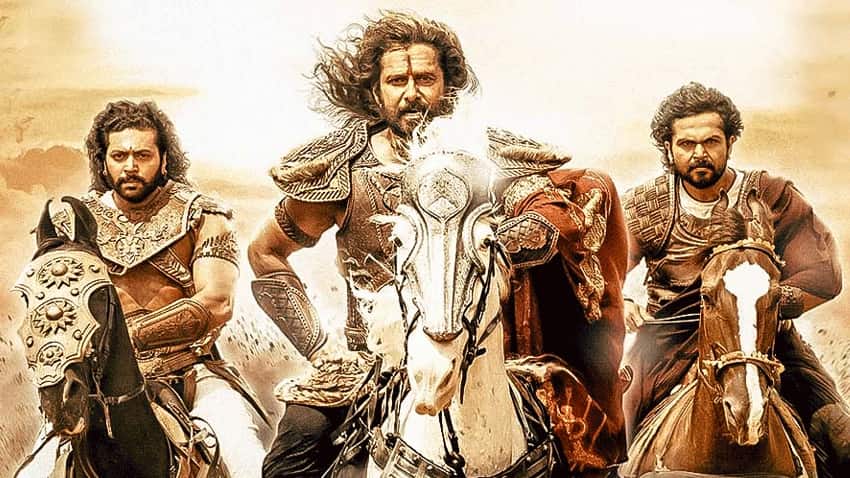 Ponniyin Selvan 1, which had triggered huge expectations, released on Friday much to the delight of fans and received a thunderous welcome from audiences. Pic: Madras Talkies Twitter.

"Marching on and making history! We extend our heartfelt gratitude to all the audience who've been showering us with love. Catch #PS1 in theatres near you!" the production house captioned the post.

Marching on and making history!

Based on Kalki Krishnamurthy's 1955 historical fiction novel, "Ponniyin Selvan-I" chronicles the story of the early days of Arulmozhivarman (played by Jayam Ravi), a powerful king of the south who went on to become the great Chola emperor Rajaraja Chola I.

The much-anticipated film opened to positive response from both critics and audiences.

The film grossed a worldwide sum of over Rs 80 crore on its very first day.

`Ponniyin Selvan 1`, which had triggered huge expectations, released on Friday much to the delight of fans and received a thunderous welcome from audiences.

The film seems to have struck a chord with audiences of all age groups. The film has caught the attention of senior citizens in particular, as it is based on the literary classic by Kalki.

Several senior citizens who had given up the practise of going to theatres are now making an exception in the case of this film as they are eager to watch the classic on screen.

`Ponniyin Selvan`, the first part of which released on Friday, is a story based on the early life of prince Arun Mozhi Varman, who later went on to be known as the great Raja Chozhan.

The film is among the most expensive projects ever undertaken in the country and is based on the Tamil classic `Ponniyin Selvan` by eminent writer Kalki.

Chup: Revenge of the Artist OTT Release: When and where to watch Sunny Deol, Dulquer Salmaan’s thriller movie