​Who is Dominique Lapierre? 5 most famous books by the bestselling author 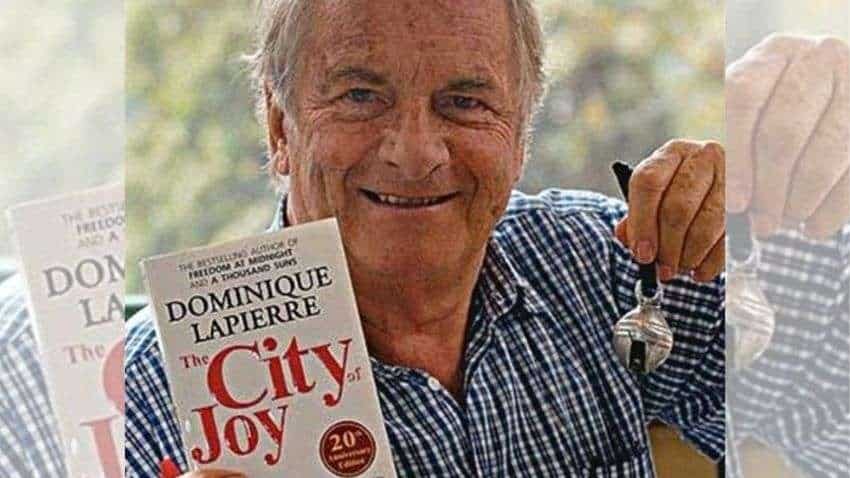 Dominique Lapierre best books: He had begun his career as a journalist. {Pic: IANS}

Dominique Lapierre best books: Dominique Lapierre, who wrote the iconic book 'City of Joy' — and coined the term that is popularly used to describe Kolkata — breathed his last on 4th December 2022. He was born on July 30, 1931, at Chatelaillon in France. He had begun his career as a journalist. Lapierre began his writing career with travelogues before switching to reporting for Paris Match in the 1950s. His travels across the globe, which were motivated by his passion to see the world, carried him to the former USSR, the Middle East, Asia, and North America. Each of his visits produced bestselling fiction and non-fiction books. He was awarded India's third highest civilian award — the Padma Bhushan — on Republic Day in the year 2008.

This famous book on India by Dominique Lapierre and Larry Collins provides a thorough account of the final year of the British Raj, the princely states' responses to independence, as well as descriptions of the opulent lifestyles of the Indian princes, the partition of the sub-continent and the bloodshed that ensued.

The unsung heroes of Kolkata's Pilkhana slum are the subject of this book. Lapierre contributed half of the income he received for writing this book to a number of charitable projects in Kolkata. It was also made into a movie by Roland Joffe starring Patrick Swayze, Pauline Collins, Om Puri and Shabana Azmi.

3. Five Past Midnight in Bhopal: The Epic Story of the World's Deadliest Industrial Disaster

This was Lapierre's third book about India. Co-written with Javier Moro, it chronicled the Bhopal gas tragedy. In order to research the 1984 disaster, the authors had spent three years in Bhopal.

This book was published in 1965. As it combined the contemporary technique of investigative journalism with the traditional methods of historical research, the renowned book sold close to 10 million copies in 30 languages. Later, the book was later adapted into a movie.

This historical account of Israel's founding was co-written with former US soldier Larry Collins. They spent four years in Jerusalem to reconstruct the birth of Israel for the book 'O Jerusalem!' The book was published in 1971.

Flipkart relaxes return policy to include refunds on these items

Harper Collins ad film gets it right on storytelling