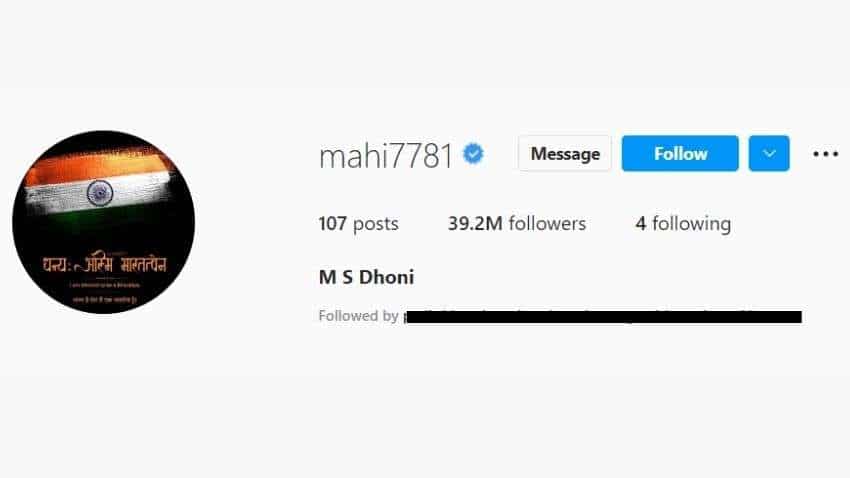 MS Dhoni is not someone who is active on social media platforms. Fans barely get to see him off the field as he doesn't share too many posts either on Instagram or on Twitter. But whenever he makes an appearance on social media, it breaks the internet.

As a part of "Aazadi ka Amrit Mahotsav", Prime Minister Narendra Modi has appealed to all the citizens to change their profile photos on their social media accounts with a Tricolour.