Gandhi Jayanti 2022: 5 Bollywood movies based on life of Mahatma Gandhi

Gandhi Jayanti 2022, Movies On Mahatma Gandhi Life: Mahatma Gandhi's principle of non-violence to attain Independence against British rule stands as an example for the world. Let's take a quick look at 5 Bollywood movies based on the life of Gandhi. 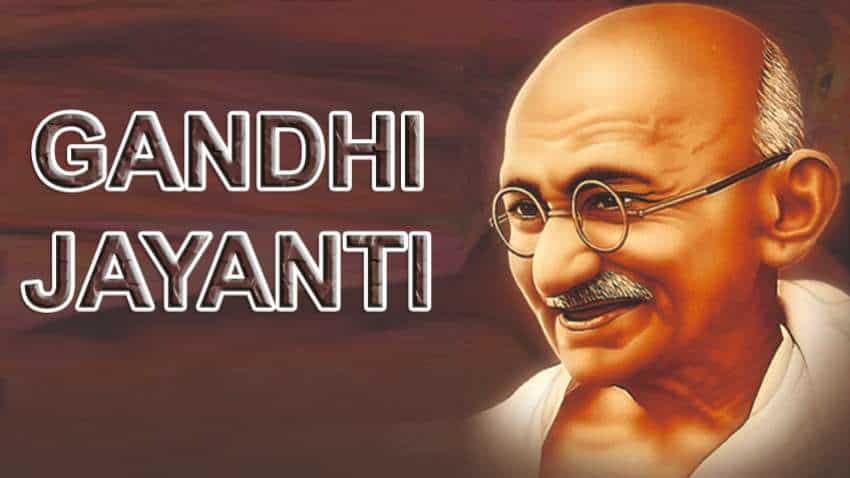 Born on October 2, 1869, in Gujarat's Porbandar, Mahatma Gandhi's principle of non-violence to attain Independence against British rule stands as an example for the world. He strongly believed in the power of love and tolerance. Gandhi, who sailed for England to study law and become a barrister, through his Satyagraha and the Ahimsa movement led India’s struggle for freedom in 1947.

On the occasion of Gandhi Jayanti, let's take a quick look at 5 famous Bollywood movies based on his life:

Gandhi: Released in 1982, the film showcases the life of the lawyer (Mahatma Gandhi) who became the famed leader of revolts against British rule through his philosophy of non-violent protest. The film was directed by  Richard Attenborough and acclaimed by the audience.

Gandhi, My Father: Directed by Feroz Abbas Khan, the film was released in 2007. The Indian biographical drama film took into account the troubled relationship between Mahatma Gandhi and his eldest son.

The Gandhi Murder: The 2019 released historical political thriller film is directed by Karim Traïdia and Pankaj Sehgal. The film examines the true incidents that led to the eventual assassination of Mahatma Gandhi.

The Making of the Mahatma: The 1996 released film, directed by Shyam Benegal, is about the early life of Mahatma Gandhi. The film is based on the book, The Apprenticeship of a Mahatma, by Fatima Meer.

Lage Raho Munna Bhai: The 2006 movie by Rajkumar Hirani starring Sanjay Dutt became a hit for the time. The Hindi-language comedy-drama was based on Munna Bhai who embarks on a journey with Mahatma Gandhi to fight against a corrupt property dealer.

No change in existing Currency and Banknotes: RBI