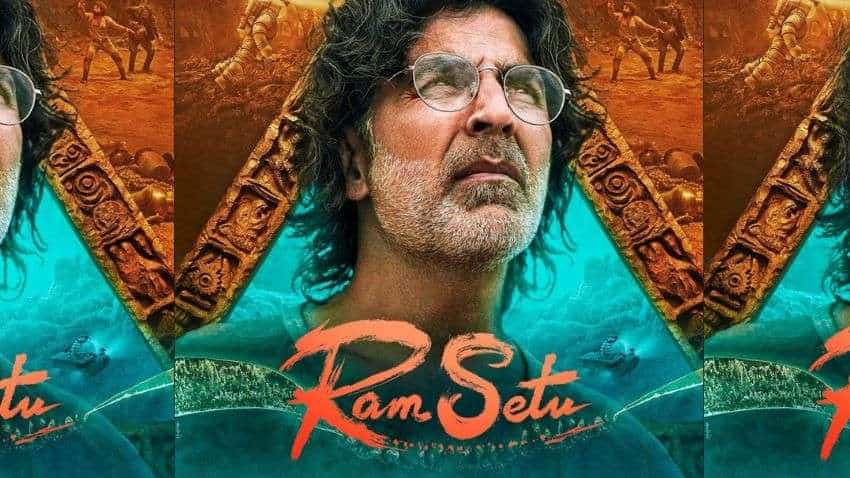 The 55-year-old actor is featured as an archaeologist in the upcoming movie. Pic: IANS

Ram Setu teaser released: The teaser of Akshay Kumar's much-awaited movie 'Ram Setu' has been officially released on Monday, September 26. The official poster and teaser video of the film has been shared by 'Khiladi Kumar' on its official social media handle. The movie will hit theaters worldwide on October 25.

"The first glimpse of 'Ram Setu'... Just for you. Made this with a lot of love, hope you like it. #RamSetu. October 25th. Only in Theatres worldwide," Kumar tweeted.

राम सेतु की पहली झलक…just for you. Made this with a lot of love, hope you like it. बताना ज़रूर #RamSetu. October 25th. Only in Theatres worldwide.https://t.co/Ws7MImRmLA

The 55-year-old actor is featured as an archaeologist in the upcoming movie. The teaser video is available on the Youtube handle of Abundantia Entertainment and watched by over 61k people.

The 56-second teaser has plenty of chase sequences, underwater diving scenes, in which Kumar is seen wearing a special suit, and high-octane action scenes in picturesque locations. According to the first glimpse of the movie, Kumar's character is racing against time to save the eponymous limestone bridge, which is buried underwater.

The bridge which is submerged in the water is roughly 100 metres wide and up to 10 metres in depth, said PTI.

(With the inputs of PTI)