Bigg Boss 16: Salman grills Sajid, Tina Datta shown exit door | Tina, Sumbul, Nimrit and MC Stan Bigg Boss 16 nominated contestants - Salman and Tina spoke in detail about the latter's difficulties in the house and he tried to explain that playing alone and being strong is what makes a winner. 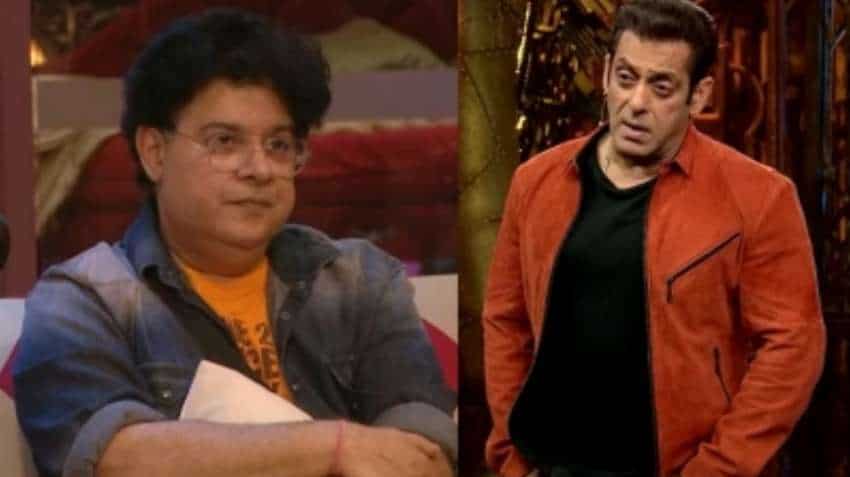 Bigg Boss 16 is telecast on Colors TV from 10 PM to 11:30 PM from Monday to Friday. Bigg Boss 16 is also aired on the OTT platform Voot. Image Source: IANS

Bigg Boss 16: Salman grills Sajid, Tina Datta shown exit door | Tina, Sumbul, Nimrit and MC Stan Bigg Boss 16 nominated contestants - The Friday episode of 'Bigg Boss 16' will start with a dose of Salman Khan's reality check as he questions Tina Datta and Sajid Khan on their behaviour in the house. The superstar will also introduce the second wildcard contestant of this season.

Despite being told multiple times by the host and Bigg Boss himself about not discussing anything going on outside the house, the housemates are breaking the rules every now and then. Tina broke the rule this week as she kept on talking about her friends, Zuzu, Dolly, and Ram constantly. She even used Zuzu's name to threaten fellow housemate Archana. Salman reprimanded Tina for referring to friends and not dealing with the house issues herself, he asked her to come to the confession room to talk about her issues.

Salman and Tina spoke in detail about the latter's difficulties in the house and he tried to explain that playing alone and being strong is what makes a winner. Salman also questioned the behaviour of Sajid.

The host was seemingly angry with Sajid and called him out on his role as the self-proclaimed father figure to the housemates and on his repeated use of English language. The host then went on to introduce the second wildcard contestant of this season, popular television actor Vikkas Manaktala.

When asked about his take on no wildcard winning a season in the history of 'Bigg Boss', he promptly replied: 'Never say never'. Once Vikas entered the house, Salman made housemates play a game of 'Angaar or Bhangaar' with Sreejita and Vikas. The host asks the housemates to categorise Sreejita and Vikas as either 'Angaar' or 'Bhangaar', based on first impression.

Actress Tina Datta, who is known for shows such as 'Uttaran', has been shown the exit door on the 'Weekend Ka Vaar' episode of 'Bigg Boss 16'. According to sources, Tina, who was nominated alongside names such as MC Stan, Nimrit Kaur Ahluwalia and Sumbul Touqeer, was eliminated this week.

This comes after Sreejita De, who was evicted in the first week of the show, re-entered the 'Bigg Boss 16' house on Thursday night's episode. A major showdown post her entry took place between Soundarya and Tina over tofu, where the latter cried inconsolably and was begging to go back home. However, there is speculation that Tina will be taken to the secret room.

In the Weekend Ka Vaar episode, MC Stan, who was nominated this weekend, seems to have walked out of the 'Bigg Boss 16' house voluntarily as suggested in the new promo for the upcoming episode.

The promo for the Friday episode shows host Salman Khan reminding MC Stan about how he had entered the show with much enthusiasm.

All the fans can vote to save their favorite contestants from eviction by logging on to MyJio app, Voot app or Voot.com.

Also Read | Cyclone Mandous or Treasure Box? What does name Mandous mean and who named it | All you need to know as it brings rainfall in Tamil Nadu

Bigg Boss 16: Back in the show after eviction, Tina confronts Shalin, Abdu confesses his love for Nimrit | Bigg Boss House to have three captains this week