Top tech trends that changed your smartphones in 2019

What a fantastic year it has been for smartphone lovers as well as makers. As we suit up to enter 2020, here is a look at 10 tech trends that changed your smartphones in 2019. 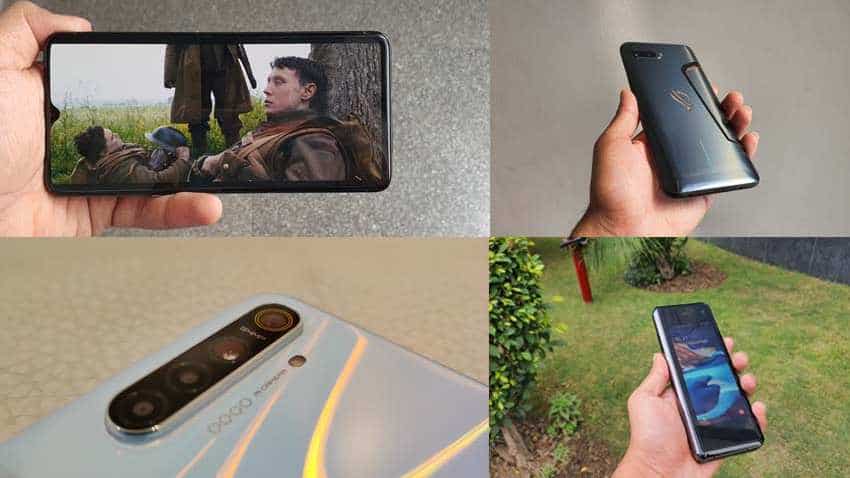 The customers adapted newer technologies and moved towards more aspirational products, with mid-range and affordable premium segment getting a boost.

What a fantastic year it has been for smartphone lovers as well as makers. The old players like Samsung and Apple took brave steps and continued to experiment in 2019. The South Korean electronics giant came with the first ever foldable smartphone in the country and the Cupertino-based tech giant witnessed a rise in sales towards the end of the year on the back of sharp price cuts in its older models. Xiaomi managed to hold on to its leading position with 27.1 per cent market share despite the spectacular rise of Realme which grabbed 14.3 per cent market share at the end of Q3, up from 6 per cent in Q1 of 2019.

But, something magical was happening in the Indian smartphone market which was beyond numbers. The customers adapted newer technologies and moved towards more aspirational  products, with mid-range and affordable premium segment getting a boost. Camera became the centre-point of conversations and gaming was no more restricted to just consoles. As we suit up to enter 2020, here is a look at 10 tech trends that changed your smartphones in 2019:

Affordable and Premium are not used in the same line, unless you are talking about smartphones. OnePlus set an example for other brands a few year back when it started launching premium devices at affordable price tag, giving tough competition to Apple and Samsung in the process. Following its footsteps, Realme, Honor, Xiaomi, Vivo and Oppo - all launched affordable premium smartphones this year. 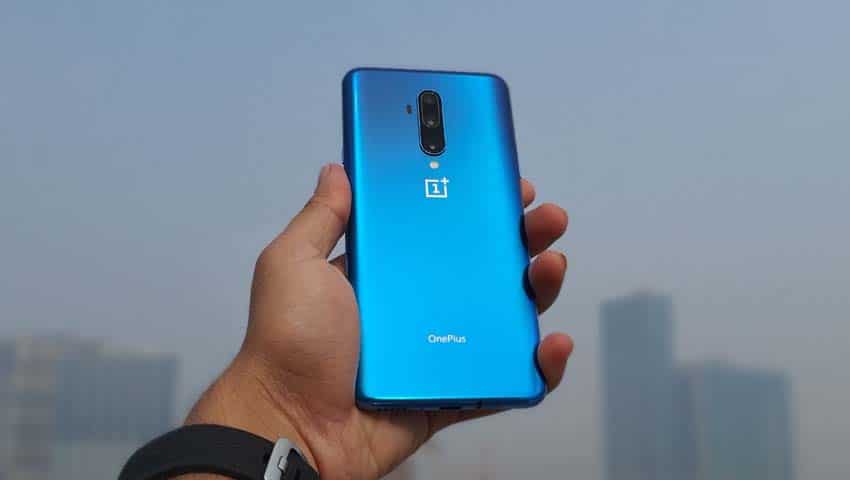 Asus too shocked the industry by pricing its flagship-level gaming smartphone ROG Phone II at less than Rs 40,000. The trend dominated the industry so much that both Apple and Samsung were forced to introduced 'affordable' flagships this year. 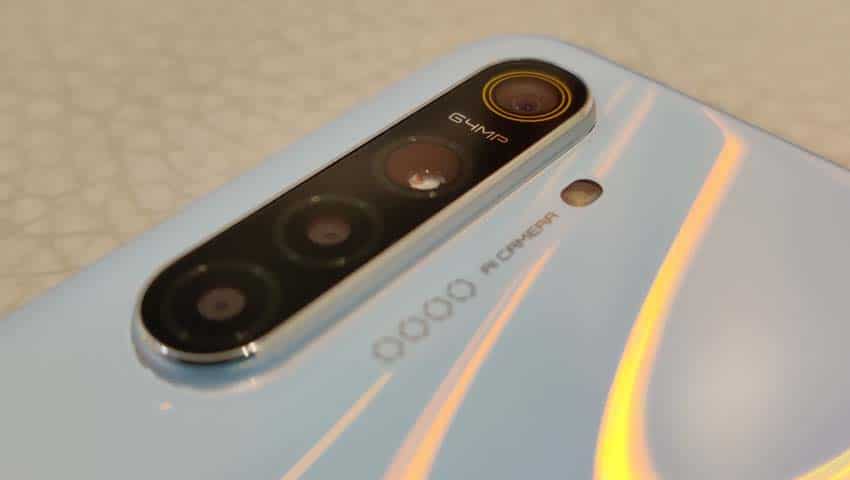 But, as it turned out, that wasn't enough for photography enthusiasts as both Realme and Xiaomi introduced 64-megapixel sensors on Realme XT and Redmi Note 8 Pro. The former extended the feature to two more smartphones - Realme X2 Pro and Realme X2 while Xiaomi is gearing up to launch India's first ever 108MP camera smartphone. We hear that the same lens can also be used on Samsung Galaxy S11 next year. So, the battle of megapixels is far from over.

The companies were not only increasing the pixels but have also added multiple cameras at the back of smartphones. Most devices launched in the second half of 2019 had at least three cameras at the back while a few like Redmi Note 8 Pro, Realme X2 Pro, Vivo V17 Pro and Samsung Galaxy Note 10+, among others, even offered four or more. Realme even bought the quad cam setup to the budget segment with Realme 5 and Realme 5 Pro. 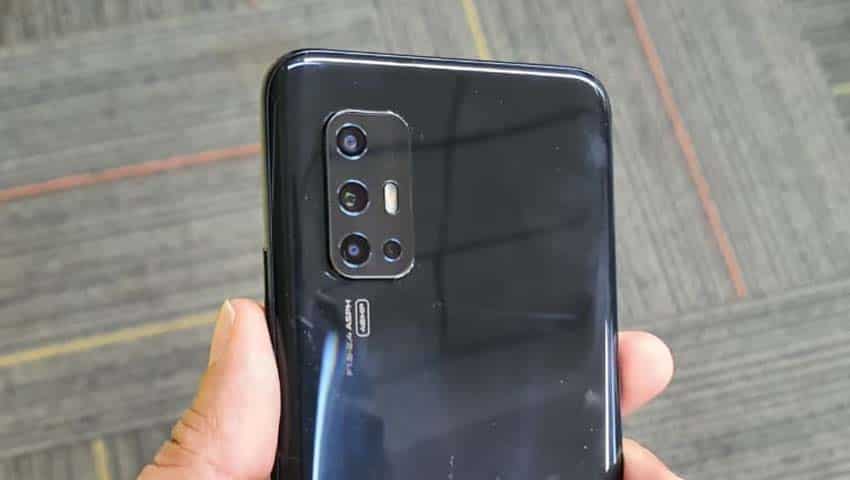 The macro lens has been a useful addition here. And, from what we hear, 2020 might offer penta-camera setups or even more.

While the changes in rear cameras were largely to offer better imaging to users, makers seemed confused about what could be or should be done with the front cameras. The year started with Honor View 20 offering a punch-hole camera design to reduce the bezels - a tech then used on Samsung Galaxy Note 10+, Vivo Z1 Pro and several other smartphones. 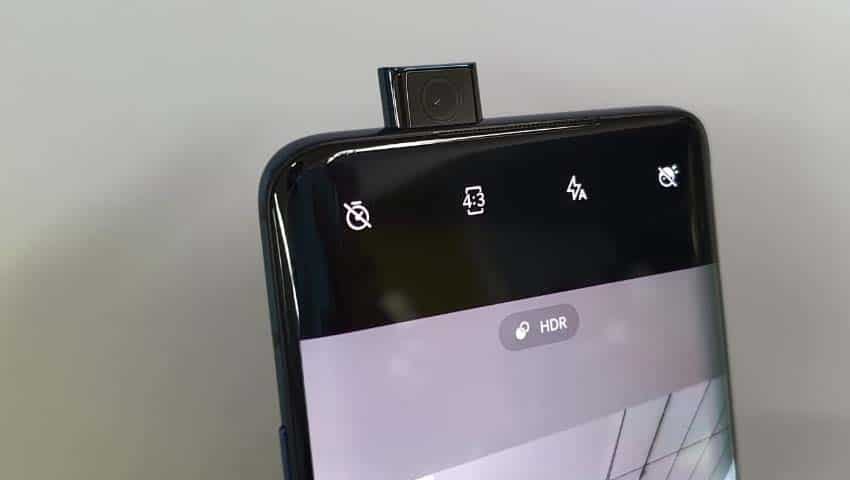 It was the coolest thing in the market before Vivo dropped the pop-up camera with Vivo V15 Pro. The same was then used on Realme X, Xiaomi Redmi K20 Pro, OnePlus 7 Pro, OnePlus 7T Pro, Oppo Reno 10X Zoom, Samsung Galaxy A80 and Vivo V17 Pro, among others. In fact, we saw a variation of the pop-up module on the Oppo Reno series. The usual slider was replaced with a shark-fin style pop-up camera.

A notable mention is the Asus 6Z which introduced the motorised camera that allowed users to click same quality images from rear as well as front camera.

12 months back only the tech geeks would have known what screen refresh rate could do to your smartphone. Now, almost every other user has heard about it. The buzz started with OnePlus offering 90Hz refresh rate with OnePlus 7 Pro, the display it also used on OnePlus 7T and OnePlus 7T Pro. Asus took the competition to the next level by providing 120Hz display in ROG Phone II. 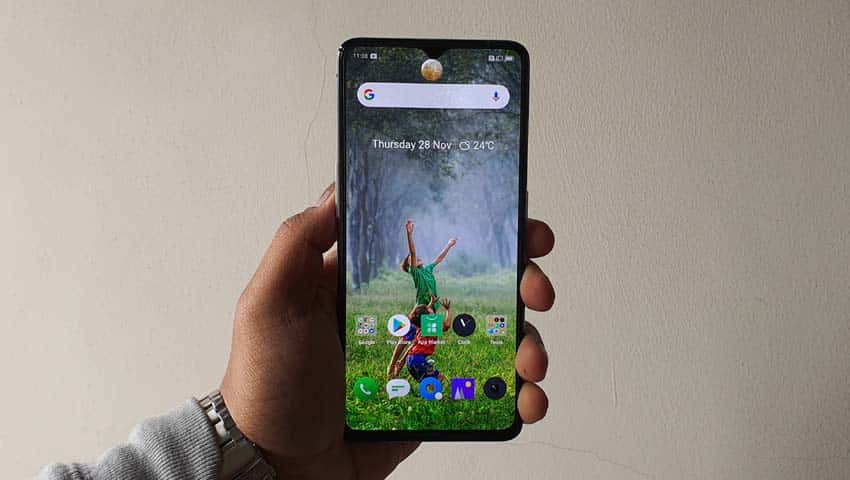 Anything less than 4000 mAh was simply not expected in 2019. The benchmark became the new normal this year with some budget smartphones offering better batteries than even flagship-level devices. ROG Phone II was the first to come with  a 6000 mAh battery and the same was also used on Samsung M30s with the latter costing less than Rs 15,000. 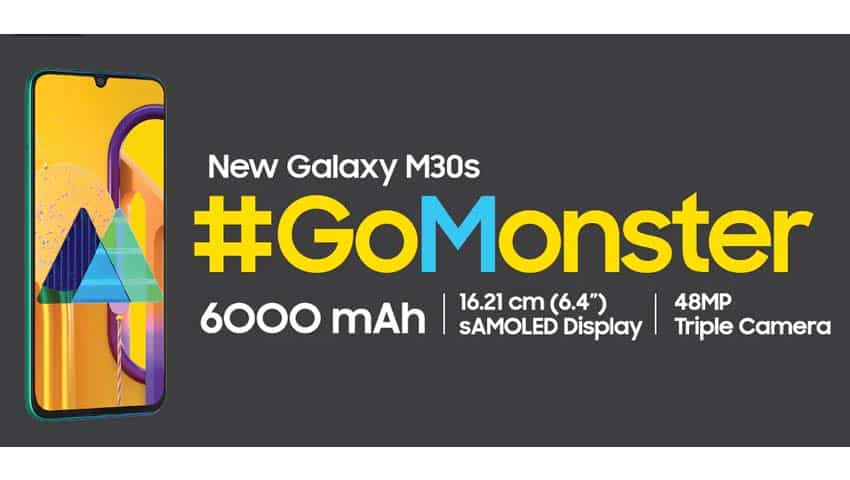 One of the major reasons behind OnePlus' success was its Dash Charge. The competition was quick to take note of that and in 2019, a new benchmark was set for fast charging. Samsung gave 45W charge support for the Note 10 series and Realme X2 Pro offered unbelievably quick charging with its 50W VOOC charger on the Realme X2 Pro. 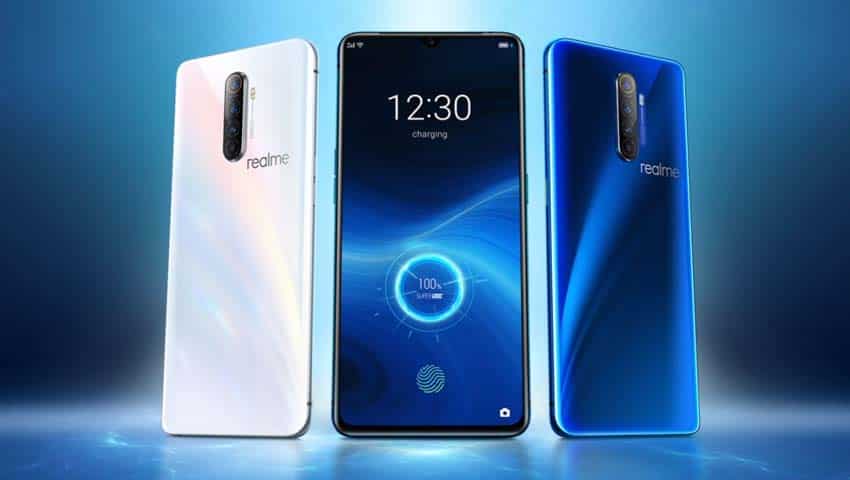 Probably the biggest but least talked about contribution to smartphones in 2019 has come from the AMOLED displays. They not only improved the overall touch experience of the smartphone users but also allowed companies to make fingerprint sensors an integral part of the devices. 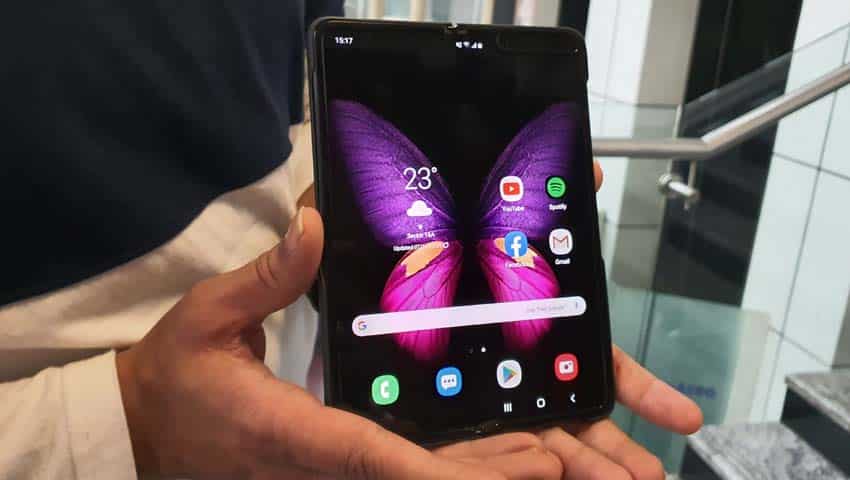 Dark Mode was one of the most sought after features in 2019, be it apps or operating systems. It is believed that the mode helps you save battery while being less harsh on users' eyes. Both Android 10 and iOS 13 are now offering Dark Mode to users and it will be interesting to see what more can be done with it over the last 12 months. 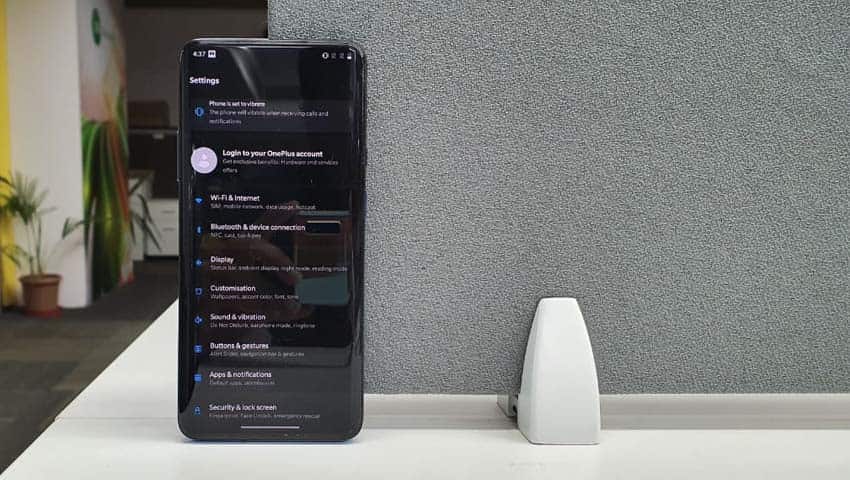 As expected, mobile gaming was a big thing in 2019 with almost every smartphone from budget to premium segment offering a dedicated gaming mode. These modes help mobile gamers to get the best possible experience by closing the apps running in the background to provide extra RAM. They also hide notifications while the game is running. 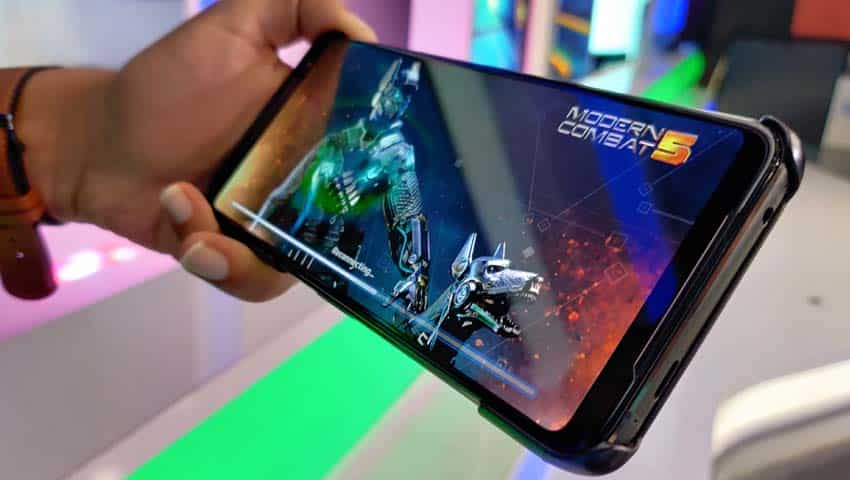