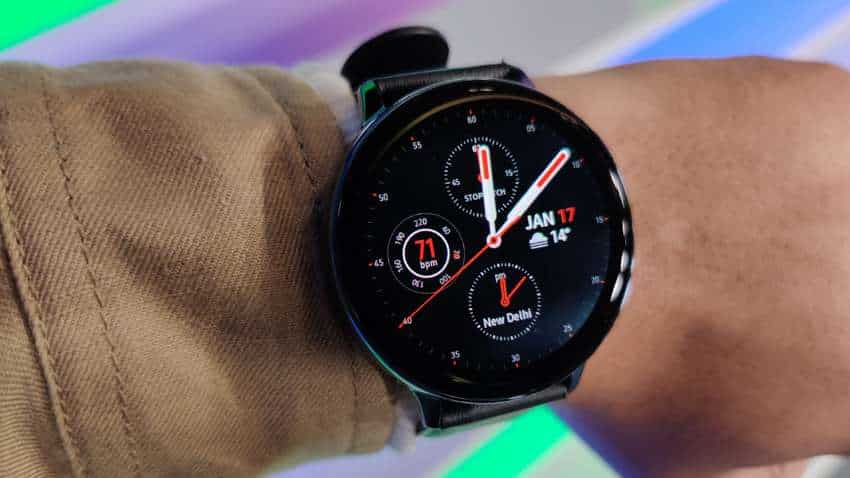 The watch blends well with corporate as well casual outfits.

For those unaware, the 4G connectivity basically allows you to operate the watch independently, which means that you can leave your phone at home while going for a run or during workouts. The watch can be used to make calls, answer them, send messages, reply to e-mails, play music and a lot more.

One thing I have really liked about both the Samsung 4G watches is their versatile designs. Most smartwatches, for some weird reason, are designed to look different from traditional watches - at times leading to bizarre patterns. Unlike other companies, Samsung has retained the look of a traditional watch on Galaxy Watch Active 2 (4G) while giving it a smarter brain. 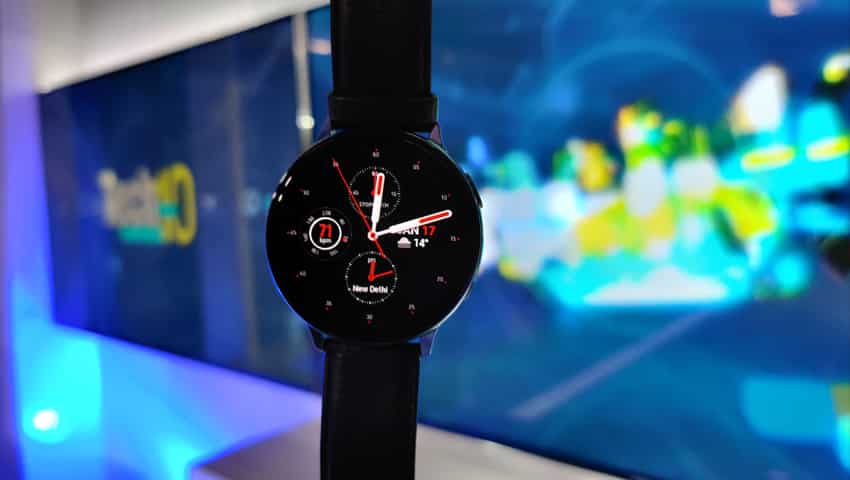 The watch blends well with corporate as well casual outfits. You get several pre-loaded watch faces that can be changed according to your attire for the day or occasions. There is also an option to download more watch faces from the Galaxy App Store.

The build quality of the watch is quite good and the shiny dial gives it a premium look. The watch has been launched in three colour options (all steel) – black, silver and gold. We had the classic black colour for review purposes and it surely is a head turner.

The biggest change in terms of design comes with the touch-sensitive bezel that has replaced the usual rotating bezel found on most Samsung smartwatches. However, you will have to activate this from Settings. This has helped company reduce the weight of the watch and offer a bigger display at the same time. 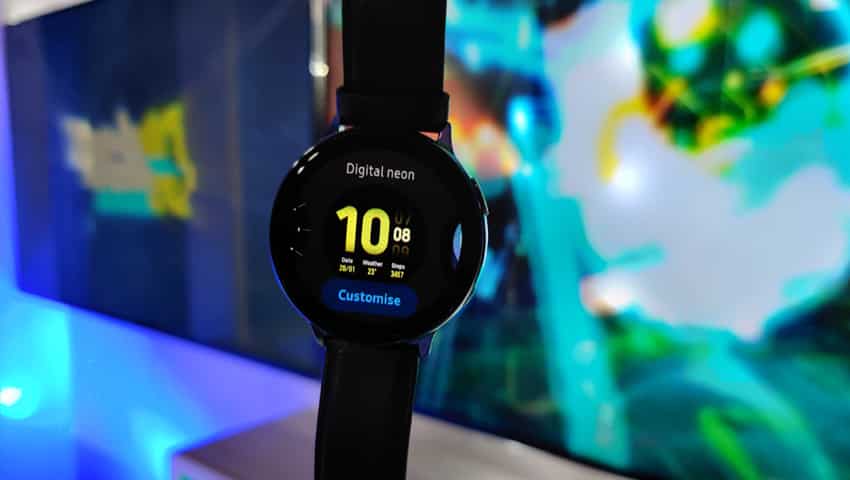 The touch bezel does solve its purpose but to have that rotating bezel had its own charm that can't be matched.

You need to connect the app to your smartphone through Bluetooth and with Samsung Galaxy Wearable and Samsung Health apps to get full control. The Samsung Galaxy Wearable app shows all the information about the watch including the battery life and allows you to change watch faces, add or remove widgets and modify settings. The app is quite useful with a clean interface that guides you through. 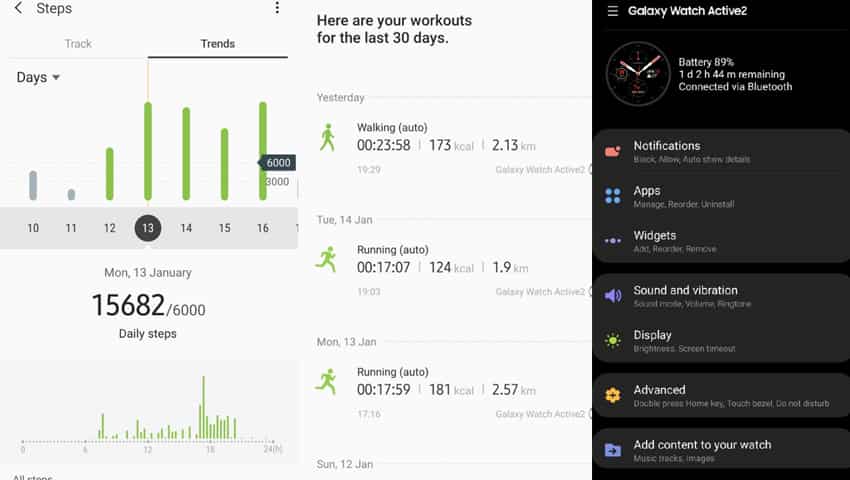 The Samsung Health app, meanwhile shows the data collected by the watch such as steps taken, calories burned, heart rate etc. You can use the app to monitor daily activities and check recent workouts too.

For calling, the watch comes with eSIM connectivity option. You can activate eSIM from Samsung Galaxy Wearable app. Once registered, you will start getting calls and messages on the watch itself, even when your smartphone is switched off, on airplane mode or out of network area. 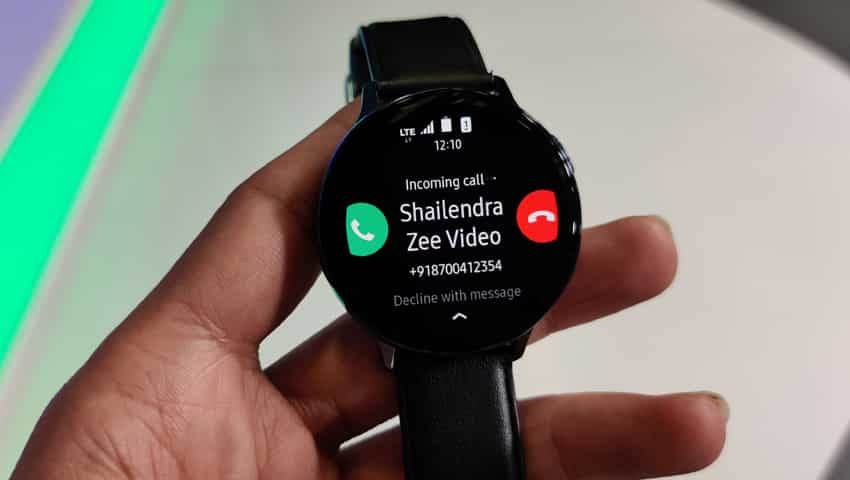 The features works brilliantly, making sure that you don't miss out on important calls. For example, I had put my phone on Airplane Mode during a shoot and forgot to remove that once I was done. A few minutes later, I got a call on the watch which I would have missed otherwise.

On Samsung Galaxy Watch Active 2 (4G), you get a 1.4-inch circular display (360 x 360 pixels). The Super AMOLED Display covers the screen edge to edge, thanks to the touch bezel we talked about earlier and, is vibrant. The screen is bright and at peak brightness, lights up really well. 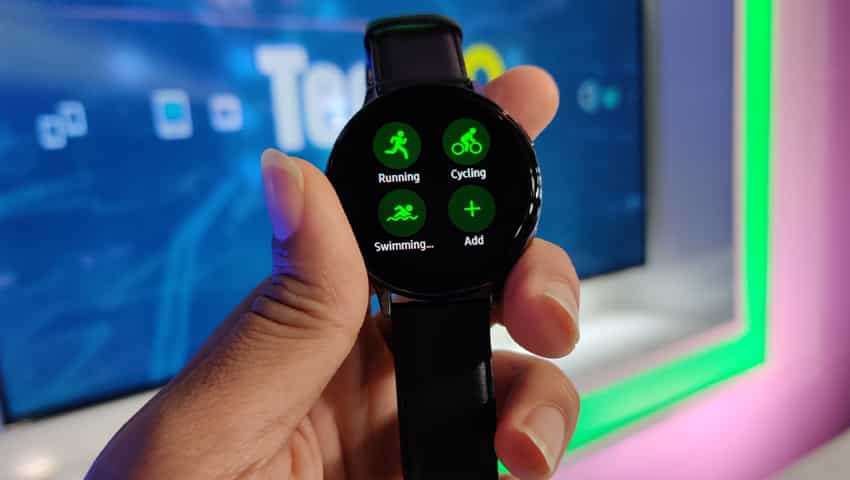 When I looked at the data collected by the watch, I was kind of scared to see how much I am walking these days! The data collected, however, is quite accurate - especially when it comes to tracking steps and sleep.

Samsung has given automatic tracking support for seven exercises - walking, running, cycling, rowing, Elliptical Trainer, dynamic workouts and swimming. In total, it can track as many as 39 distinct activities. One problem which is faced though is that the auto tracking starts only when you are already in one motion for a few seconds. To make it simple, the watch starts tracking your walk only after you had covered 100 to 200 metres.

Also, the tracking stops a few seconds after you have stopped walking.

One very useful feature is that you can download Spotify and play songs directly on Samsung Galaxy Watch Active 2 (4G) or use it as a remote control for music playing on your smartphone. If you are playing music directly from the watch, volume is going to be bit of an issue. If you are somewhere out or travelling, the songs are not audible. 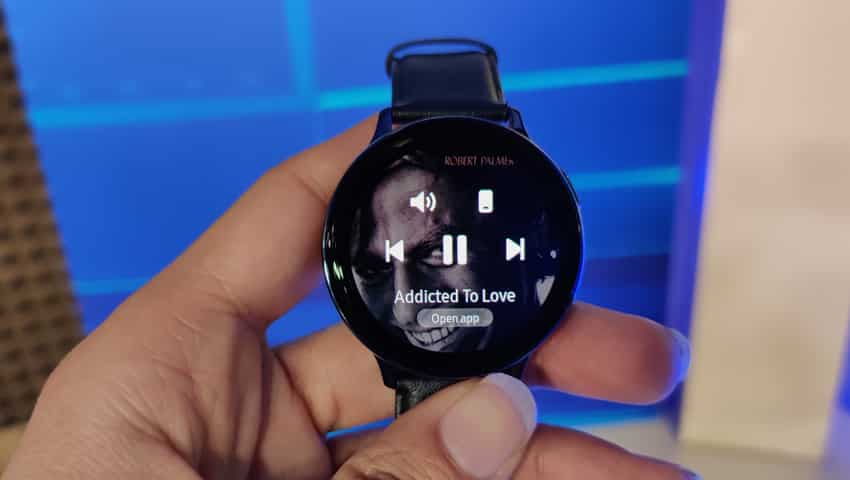 Samsung Galaxy Watch Active 2 (4G) comes handy when taking calls. This was the first major area of concern for me as the watch heats up fast while calling. There were times when I started getting notifications four to five minutes into the call, with the watch disconnecting them eventually.

The other problem is the battery which is one area Samsung should work on to achieve a perfect product. When I was using the Samsung Galaxy Watch LTE, I managed to get 36 to 40 hours of battery life but this one refuses to last more than a day, when used during workouts, to take calls and for some other tasks.

During my time with Samsung Galaxy Watch Active 2 (4G), I was constantly comparing it to Samsung Galaxy Watch LTE, which I reviewed a few weeks back. The new model, while not being the perfect device, comes with a more impressive design, better grip, excellent display and the comfort for 4G connectivity. You can connect it with your phone to take photos, start recording a video, preview video clips, switch between front and rear lenses, set a timer and then check the final photo or video.

While the pros are clearly visible, the cons include a poor battery life and consistent heating issues while calling.

The positive for Samsung is that there are only select smartwatches for Android in India that come with 4G connectivity and among them, this is as good as it gets. So, if you have the money, the Samsung Galaxy Watch Active 2 (4G) can be a great companion.