Realme Buds Air review: We have been using the product for about a week now. So, pardon me for this Bollywood analogy, but I just cannot keep from asking, has Realme managed to create 'Kabir Singh' out of 'Arjun Reddy' or is this a story of viewers being served with 'Sairat' in the form of 'Dhadak'? Let's find out in in this Realme Buds Air review. 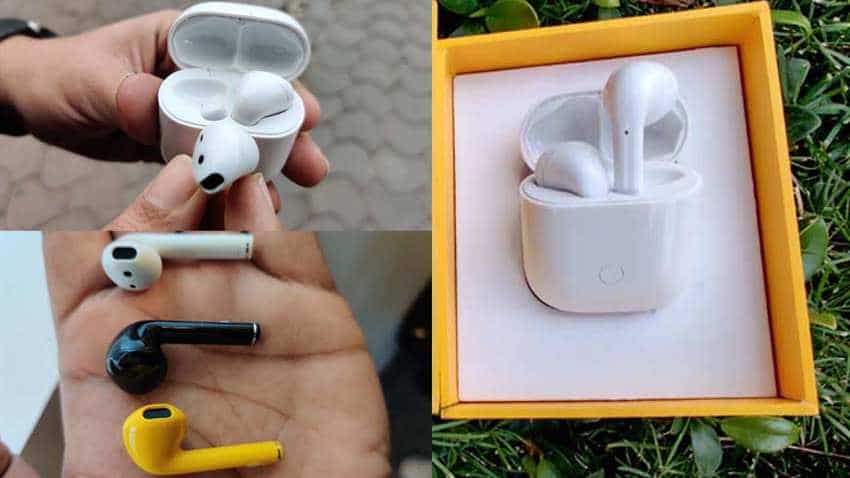 Realme has added touch controls to its buds and claims to offer 17 hour playback time.

Realme Buds Air review: If there is one smartphone company that truly pushed the limits in 2019, it is Realme. When the year started who would have thought this Chinese smartphone maker would have such an impressive portfolio in India! And, that's exactly what it has done. Last week, it took a step ahead and introduced its first truly wireless ear buds in India. Called the Realme Buds Air, these earbuds look very similar to the Apple AirPods. The Realme Buds Air follow this year's Realme Buds 2 and Realme Buds wireless as company's latest audio accessory.

As expected, they have been priced way below what Apple charges for its AirPods. Why the comparison? Because it is not only the design but Realme has also borrowed several features from the Apple product. In fact, it has out-classed Apple by offering the buds in three colour options - Yellow, Black and White.

Realme has added touch controls to its buds and claims to offer 17 hour playback time. We have been using the product for about a week now. So, pardon me for this Bollywood analogy, but I just cannot keep from asking, has Realme managed to create 'Kabir Singh' out of 'Arjun Reddy' or is this a story of viewers being served with 'Sairat' in the form of 'Dhadak'?

Let's find out in in this Realme Buds Air review.

Realme Buds Air Design: Eh! I have seen you somewhere, haven't I

"A guy who makes a nice chair doesn't owe money to everyone who has ever built a chair. They came to me with an idea, I had a better one," said Jesse Eisenberg, playing Mark Zuckerberg in David Fincher's 'The Social Network'. The quote perfectly fits in here. Leading up to the launch, everyone has talked about how similar Realme Buds Air look to the Apple AirPods. Yet, the fact remains that they are only an Apple AirPod look-alike and this is probably, a great marketing move. 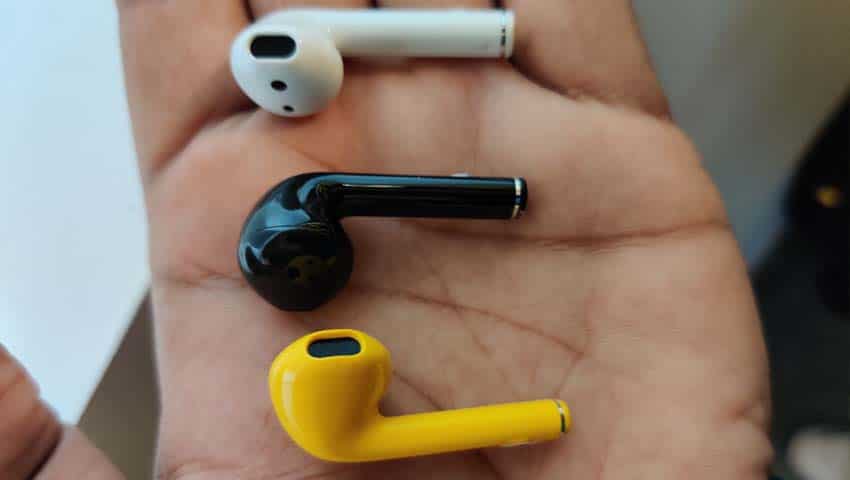 It has not only created a strong buzz around Realme Buds Air, it has also linked great recall value that will boost the product. Most people are going to confuse them with Apple AirPods and this will help you get a lot of attention. As mentioned above, the Realme Buds Air come in three colours - Yellow, Black and White. We have the white colour unit for review purposes but I have a feeling that company might end up selling more yellow units.

There is almost nothing to complaint about the design of Realme Buds Air and they fit in well in your ears. So, you can go for a run or a workout session without having to worry about the buds slipping from your ears. In fact, you can walk around for the entire day with the buds clipped in your ears, even when not in use. They don't fall of and they also do not cause any discomfort. 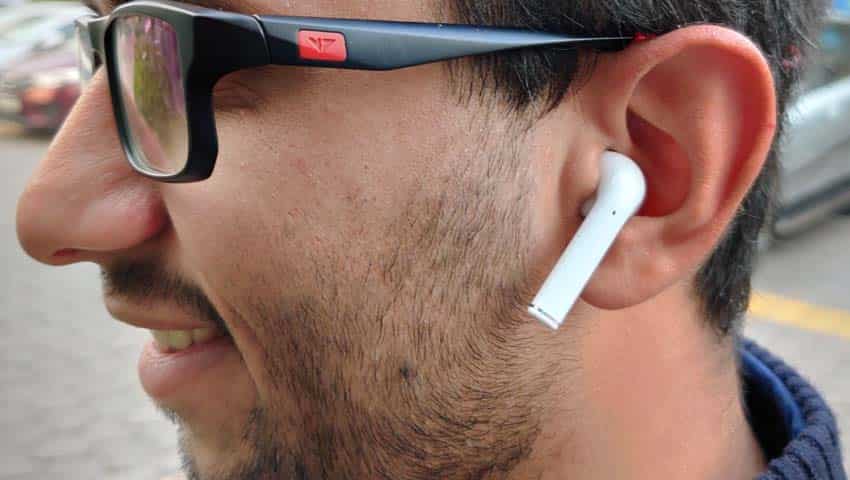 When I reviewed the Realme Buds wireless earlier this year, I felt that the device was slightly bass-heavy and used to eat up the vocals. The Realme Buds Air perform slightly better in this area but remain bass-heavy. So, it will work better if you prefer listening to peppy numbers. Realme has used 12mm drivers for each of the earbuds with an R1 processor.

To test the buds, we connected them with three different smartphones - Samsung Galaxy Note 10+, Samsung Galaxy M30s and the Oppo Reno. At no point the buds got disconnected and provided very good audio output in all devices. We played 'Senorita' by Shawn Mendes and Camila Cabello, 'On My Way' by Alan Walker, Sabrina Carpenter and Farruko to begin with and as expected, the results were great. The audio was loud and clear with almost perfect amount of bass. However, at higher volumes, the sound does come out of the buds.

Then, we moved on to other tracks like 'Duniyaa' from Luka Chuppi and 'Mere Sohneya' from  Kabir Singh. The vocals were clearer than what I had experienced on the Realme Buds wireless and this was a good thing to experience. The audio was quite clear even while making calls. 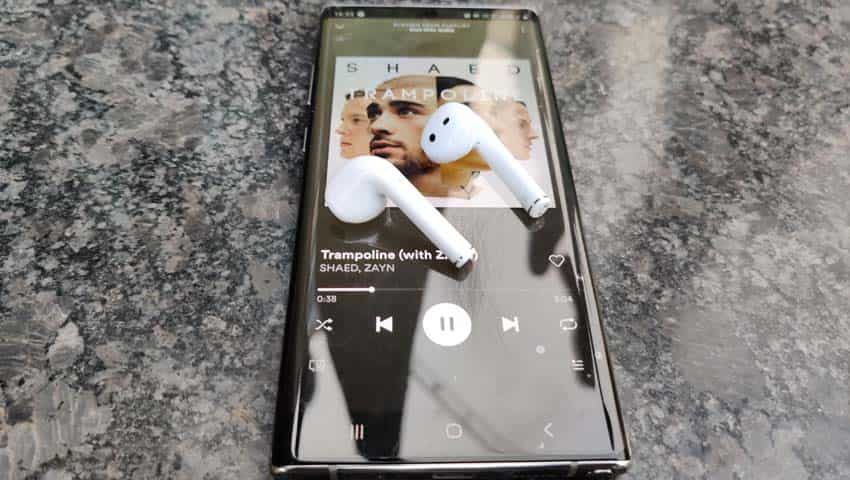 Realme has added the pause-play functionality to the buds which means that the music automatically stops when you take the buds out of your ear. At the same time, it starts playing if you plug them back. And, did I tell you that you can continue to use single bud while keeping the other inside the case? Well, now I have done exactly that.

Realme has also added a feature for gaming enthusiasts. Called the e-sports mode, this can be turned on by long pressing the buds. The mode claims to enhance the sound when you are playing games while using the buds.

Realme Buds Air Touch Controls: Easy! Just as I like

What gives Realme Buds Air an advantage on its competitors are the touch controls added by the company. You can basically tap the buds twice to answer calls, play and pause music. You can also jump tracks by tapping the buds thrice. 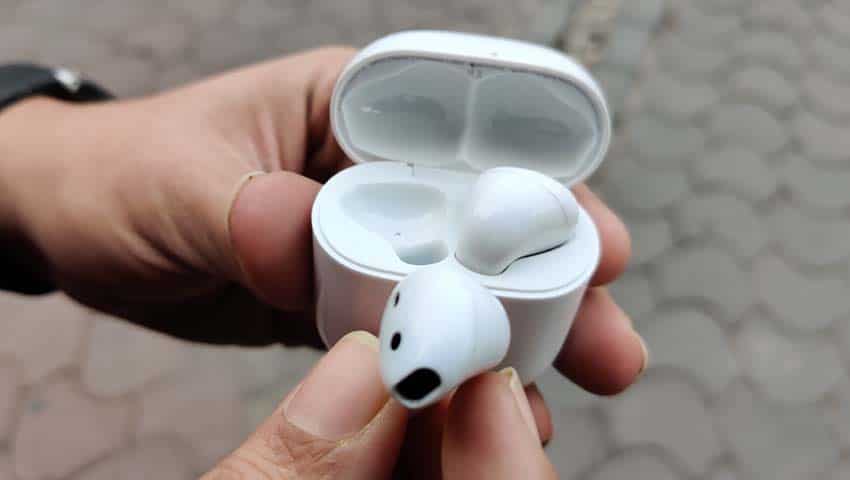 While all these controls make it easier to use the buds without having to take out your every smartphone for small tasks, during our time with the buds, we experienced that they became unresponsive on a few occasions.

Realme claims to offer playback time of up to 17 hours with the Realme Buds Air. We could get nearly 13 to 14 hours of battery life from them which is a decent output. The charging case, however, gives you almost 17 hours of battery life. When we used the buds for long hour gaming, the battery was depleted in about nine hours.

Sadly, the charging case doesn't support fast charging and takes a long time to charge. You can expect it to take between one to two hours to get it charged up completely. 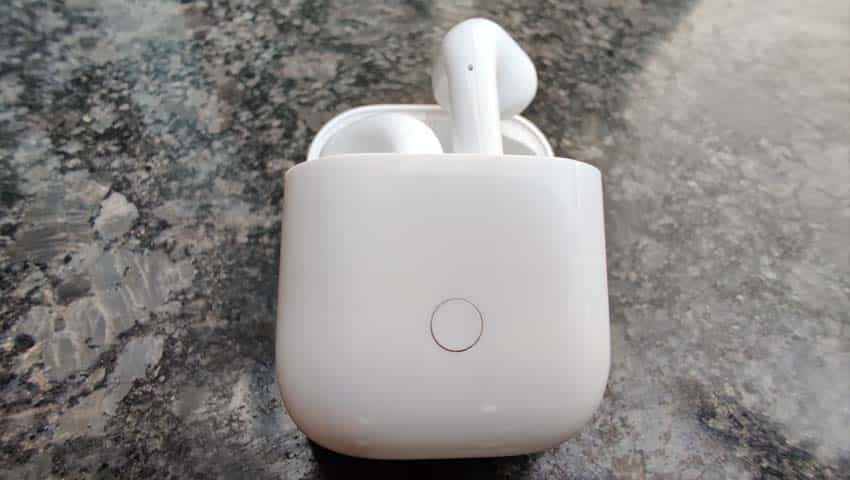 Realme has added wireless charging support on the buds. This has been a highly talked about feature leading up to the launch but to use it, you need a smartphone or powerbank that supports wireless charging too. For now, it will work with Samsung S10 or Galaxy Note 10. And, even if you have a phone that supports this technology, you need to keep both the devices in a steady position to charge the buds.

Realme Buds Air Final Verdict: Cool! I really like you

Realme Buds Air sport a trendy design and offer superior audio quality. It connects swiftly with the smartphone and charges itself when kept inside the case. There are no wires to worry about and you can keep them plugged in, even when not in use. People can go and talk about the resemblance with the Apple AirPods as much as they want, the fact is the Realme Buds Air emerge to be genuinely good product with great value for money. 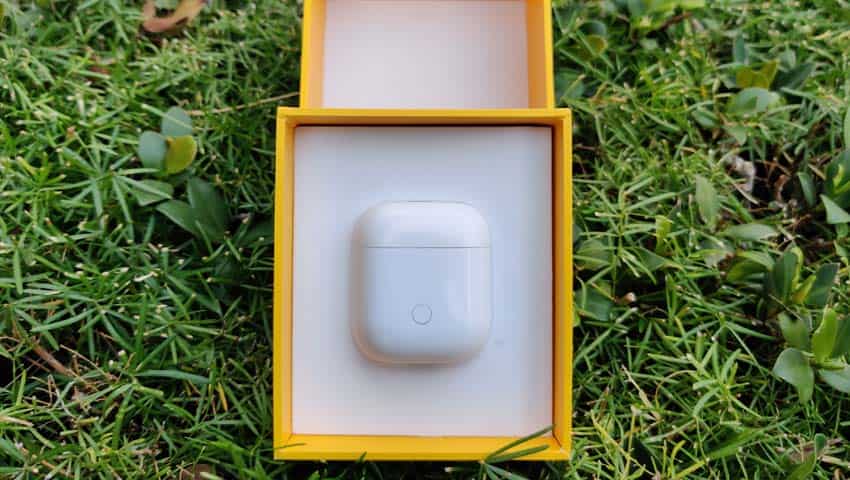 Realme has priced the Buds Air at just Rs 3,999 which must shocked a lot of people and, rightly so. There is hardly any product in the Indian market that offers so much at this price point. So, if you are planning to get rid of wires and switch to a truly wireless experience, this can be your choice.