The e-commerce platform Flipkart has teased the launch of the new Nokia tablet in the country. 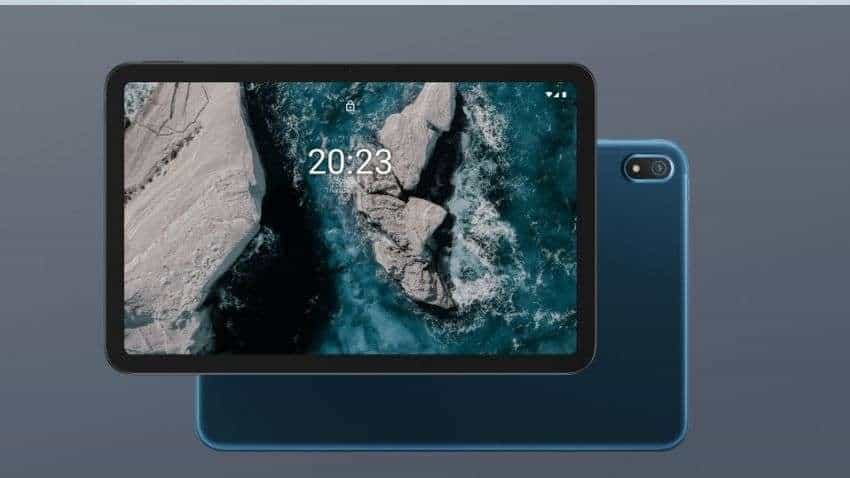 The e-commerce platform Flipkart has teased the launch of the new Nokia tablet in the country. Source: Nokia

Nokia T20 tablet: In good news for budget tablet users in India, the HMD Global-backed company, Nokia is now prepping to bring its first tablet to India after recently introducing its very own Android tablet Nokia T20 on the global stage.

The e-commerce platform Flipkart has teased the launch of the new Nokia tablet in the country. Although the e-retailer seems to have taken down the page, MySmartPrice managed to spot the tablet on the website, the BGR India reported. While the global variant comes under the moniker Nokia T20, the Flipkart teaser page is seen promoting the device as Nokia Tab T20.

The tablet runs on Android 11 and the company promised two years of OS upgrades and three years of security updates for the global variant. Powering the Nokia T20 is an octa-core Unisoc T610 SoC. The processor is paired with 3GB/32GB native storage or 4GB/64GB storage onboard. The internal storage is further expandable up to 512GB via a microSD card.

For video calls and photos, the tablet is equipped with a 5-megapixel selfie camera sensor at the front and the 8-megapixel camera sensor on the rear side. The rear camera has LED flash support as well. It also includes dual microphones and stereo speakers for a better audio experience.

The device is backed by an 8,200mAh battery that supports fast charging via a 15W compatible charger. It bundles a 10W adapter inside the box. Connectivity options on the new Nokia Android tablet include 4G LTE (optional), Wi-Fi 802.11ac, Bluetooth v5.0, USB Type-C, and a 3.5mm audio jack.

Nokia T20 tablet with 8,200mAh battery launched at Rs 15,499 in India - Check availability and other details