Here is why 2019 saw complete turnaround in Apple's market share in India; 2020 to be strongest year?

Not only older and new-generation models but also Apple Watches, AirPods Pro and Mac desktops witnessed a great adoption in the country. 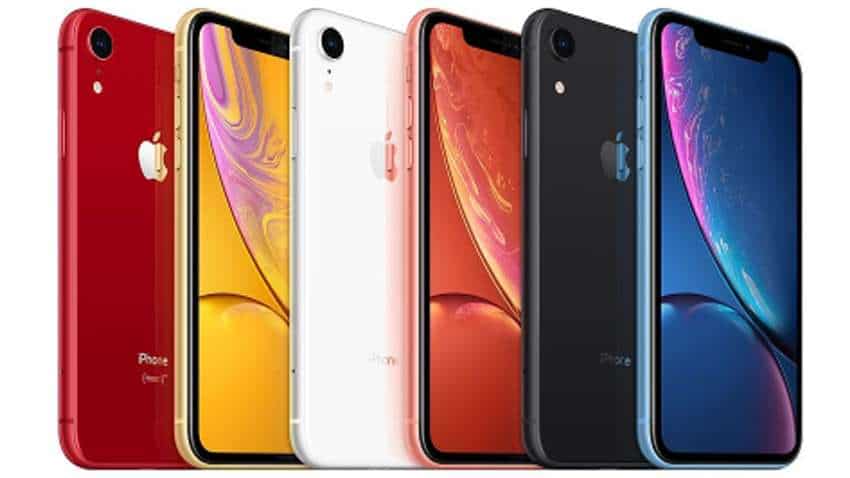 Not only older and new-generation models but also Apple Watches, AirPods Pro and Mac desktops witnessed a great adoption in the country. Photo from Apple website.

Not only older and new-generation models but also Apple Watches, AirPods Pro and Mac desktops witnessed a great adoption in the country.

Going forward, thrust on manufacturing high-end iPhones locally along with the first-ever flagship retail store would give Apple a booster in the price-sensitive smartphone market in 2020, say industry experts.

"Apple recovered in the Indian market in 2019 after a sharp decline in 2018. 2020 is going to be important, as this is the year when Apple has strongest-ever portfolio -- iPhone XR, iPhone 11 and iPhone 8 -- that will be very much relevant for the growing Indian market. There is also a lot of speculation about iPhone SE2 coming this year," Tarun Pathak, Associate Director at Counterpoint Research, told IANS.

Media reports say that the Cupertino-based tech giant may launch two iPhone SE 2 models with 5.5-inch and 6.1-inch displays. Famed Apple analyst Ming-Chi Kuo also suggests that there could be a second iPhone SE2 model -- dubbed as iPhone SE2 Plus -- but only in the first half of 2021.

Another Eureka moment for Apple would be a flagship branded store in India.

Apple is expanding its retail footprint and India appeared on its global map last year in August when the company said it looks forward to welcome customers at its first branded retail store in India soon.

"We appreciate the support and hard work by Prime Minister Narendra Modi and his team to make this possible and we look forward to one day welcoming customers to India's first Apple retail store," said the company, welcoming the government's decision to ease the 30 per cent local sourcing norm in single-brand retail (SBRT).

Pathak said that a revamped channel strategy and local manufacturing will ensure duty benefits and much streamlined operations for Apple in the country.

"That is the sweet spot for iPhones in India with added attractive offers for making the new model lineup a little more affordable, however, continuing to focus on older generation portfolio for volume growth," she elaborated.

Apple topped the premium smartphone segment by garnering a massive 51.3 per cent share in the Rs 35,000 and above price segment in the third quarter (July-September period).

Apple also regained top position in the premium segment in India in the second quarter with an overall share of 41.2 per cent.

Mac desktops helped Apple register record growth in the India market in the July-September period, according to the company.