The Minister of State (MoS) for Electronics and IT Rajiv Chandrashekhar (Meity) on Wednesday said that the Data Protection Bill will come soon while having a special conversation with Zee Business. 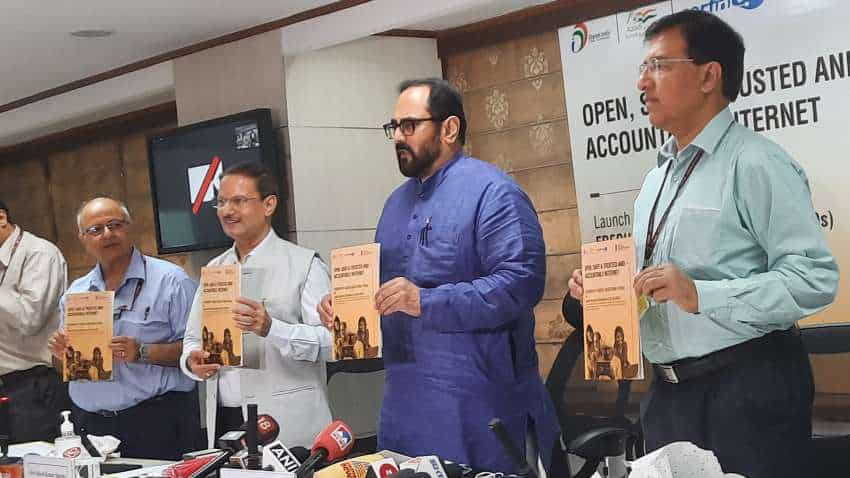 According to the minister, the data protection law will protect the rights and privacy of citizens.

Many steps have also been taken in the direction of making cyberspace better and safer, the Minister said adding that this cycle will continue even further.

According to the minister, the data protection law will protect the rights and privacy of citizens. Efforts will be made to create a secure ecosystem with these instructions. The government will issue a set of more such rules and guidelines in the coming days. A time of 60 days has been given for their compliance. Actually, the risk has increased, so it is necessary to bring such instructions, he said. There has been a big difference between 2011 and 2022 and the number of internet users has also increased. At the same time, he said that the government will also make changes in the IT Act.

The central government will also make changes in the IT rules, he further said.

The government wants to alert people through intermediary guidelines and FAQs (frequently asked questions) for cyberspace.

Regarding cybercrime, the Union Minister said that many incidents are state-sponsored. We all know about those countries, he said adding that these countries are constantly monitored by the government. CERT-In (Indian Computer Emergency Response Team) is working on this, he said.

Along with that, the PLI scheme for hearable & wearable Devices will also be announced soon, the Union Minister said. The government is also keeping an eye on loan apps.

RBI, Meity and CERT-IN are continuously working on this, he said. Action has been taken on all such illegal apps and it will continue in the future, said Chandrashekhar.

The Ministry's goal is to secure the online space, the MoS said.