Battlegrounds Mobile India is also coming with new gameplay features such as piggybacking and grenade indicators with the new update. 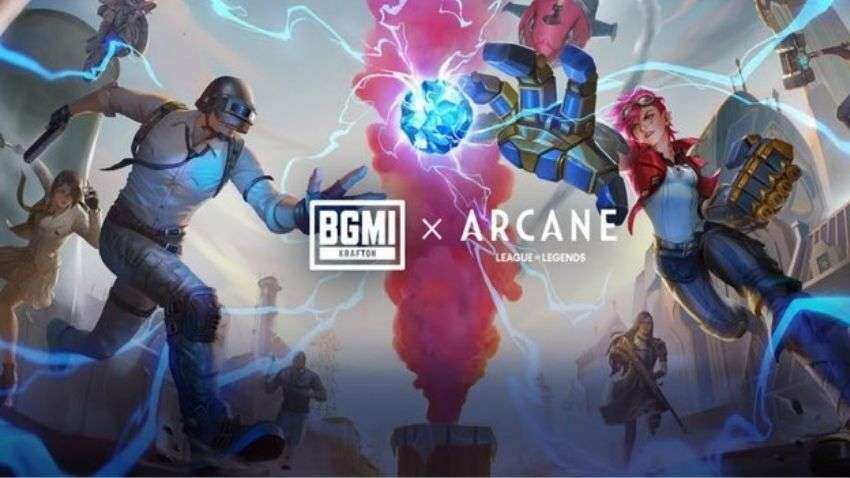 Battlegrounds Mobile India is also coming with new gameplay features such as piggybacking and grenade indicators with the new update.

BGMI Update 1.7 release date: The South Korean gaming company Krafton and the developers of Battlegrounds Mobile India (BGMI), the most famous battle royale mobile game in the country, has shared details about the upcoming Battlegrounds Mobile India 1.7 update. BGMI is getting a crossover with the new League of Legends Netflix series, Arcane, which brings the new Mirror World Theme mode.

Battlegrounds Mobile India 1.7.0 update will roll out on November 19, 2021, for Android and iOS devices. Players can update the game via Google Play Store or App Store to access new content.

The game developers Krafton has confirmed that they will be shipping the next PUBG update with crossover events and game mode activities from the world of Arcane. Extensive elements from the new League of Legends animated series, including locations, characters, and gameplay from the popular universe have been confirmed.

“Players who land on the activated Mirror Island will also be able to transform into the iconic champions Jinx, Vi, Jayce, or Caitlyn, and use unique weapons and skills to battle against other players. Defeated players return to Erangel in their original form," the gaming company said.

Meanwhile, Krafton on Monday announced that it has removed 25 lakh accounts in just over a month to eradicate cheating on Battlegrounds Mobile India (BGMI). Since the last announcement, between October 1 and November 10, Krafton has banned 25,19,692 accounts permanently and 7,06,319 temporarily.