These smartphones from Realme, Oppo, Sony, Nokia and Redmi set to launch in India this month- Check all details here!

There's good news for smartphone lovers in the country. Many smartphone brands including Oppo, Xiaomi, Redmi, Realme, Nokia are all set to launch their new smartphones in April in India! 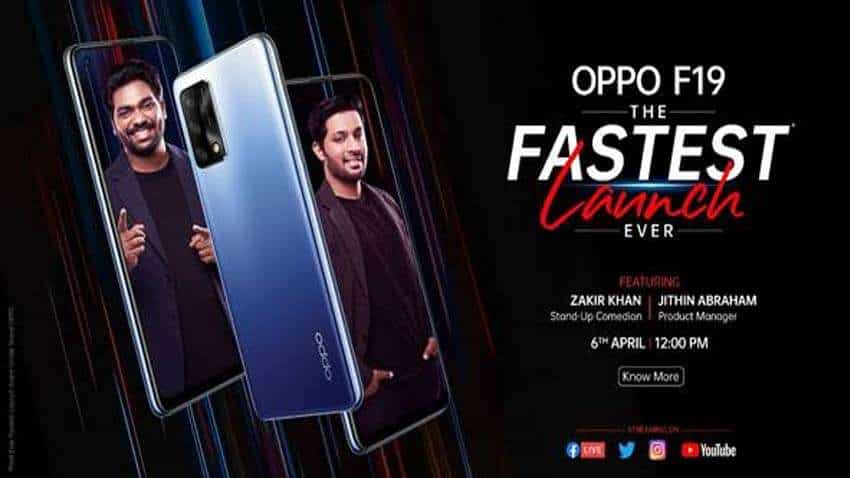 Realme 8 Pro and Redmi Note 10 Pro Max: All you need to know about these two 108MP camera smartphones

There's good news for smartphone lovers in the country. Many smartphone brands including Oppo, Xiaomi, Redmi, Realme, Nokia are all set to launch their new smartphones in April in India!

After successfully launching the Oppo F19 Pro series, the Chinese smartphone brand Oppo has announced the launch date of its upcoming smartphone in India. According to the company, the Oppo F19 smartphone with massive 5000mAh battery is all set to launch in India on April 6th during the live virtual event.

Tech giant Realme has already unveiled Realme C20, Realme C21, and Realme C25 in other markets and is finally bringing them to India on April 8, the gizmochina reported. All three smartphones sport a 6.5-inch LCD display. The Realme C21, C25 have AI triple-camera with 13MP f/2.2 primary, two 2MP rear sensors. Out of this, the Realme C25 is said to come with a bigger 6,000mAh battery with 18W charging.

HMD Global is holding an event on April 8 and it is expected to flag a new wave of Nokia smartphones under a different naming scheme. The lineup is said to include X, C, and G-series of devices. According to the report, devices could be Nokia X10 & X20, G10 & G20, and an entry-level C20. The Nokia C20 is likely to sport a 1GB RAM, 16GB internal storage, run Android 11 OS, and come with an 89 euros price tag.

Also, Redmi’s Product Director Wang Teng has confirmed that the company will hold a launch event this month and rumors are rife that the star of the show could be the Redmi’s first gaming phone. So far, we know that a device with model number M2104K10C/M2104K10I under respective brands Redmi/POCO could be the upcoming device, the gizmochina reported.

In good news for Sony fans, The company is hosting a new Xperia product launch on April 14 and it is expected to announce products like the Xperia 1 III, 10 III, and a compact device.

Realme 8 Pro and Redmi Note 10 Pro Max: All you need to know about these two 108MP camera smartphones

This Maruti Suzuki Alto record finally broken! This is the car that dethroned it

PAN Aadhaar Linking – Link by this date or face penalty of Rs 1000; your PAN could also become inoperative