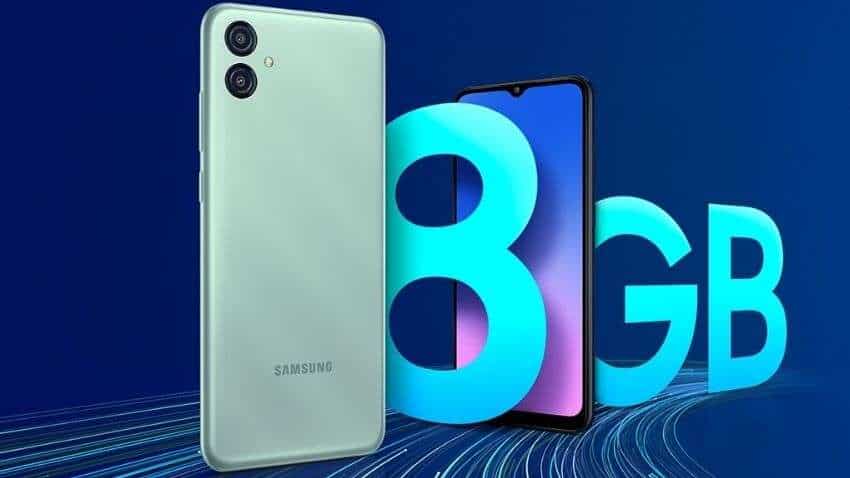 Samsung Galaxy M04 price 4GB + 64GB model is priced at Rs 8,499 in India. The first sale of the Samsung Galaxy M04 is scheduled to take place at 12 pm (local time) on December 16 via Samsung India’s website and Amazon.

Samsung Galaxy M04 features a 6.5-inch PLS LCD that offers an HD+ resolution of 720 x 1600 pixels. It is powered by the Helio P35 chipset and has 4 GB of RAM and offers up to 4 GB of RAM Plus (virtual RAM) and 128 GB of built-in storage. The device comes preinstalled with the OneUI-based Android 12 OS.

The brand has confirmed that it will receive up to an Android 14 OS update. It has a 5MP front-facing camera.  The back panel of the device has a 13MP main camera, a 2MP macro camera, and an LED flash. The M04 houses a 5,000mAh battery that supports only 10W charging. It comes with dual SIM, 4G VoLTE, Wi-Fi, Bluetooth, GPS, a USB-C port, and a 3.5mm audio jack.

Samsung is also planning to launch Galaxy A14 5G in the Indian market soon. The Samsung Galaxy A14 5G with model number SM-A146B/DS is now listed on the Samsung India official website. It is a support page and since the device isn’t official yet, there’s no image or information about the phone.

The smartphone will feature a triple camera setup placed vertically. It will have a 50MP main lens and two auxiliary sensors. Upfront, it is expected to have a 13MP lens for shooting selfies. It is expected to come powered by Exynos 1330 SoC.

Samsung Galaxy Book3 Ultra Vs Book3 Pro Vs Pro 360: Full comparison of specifications and other details