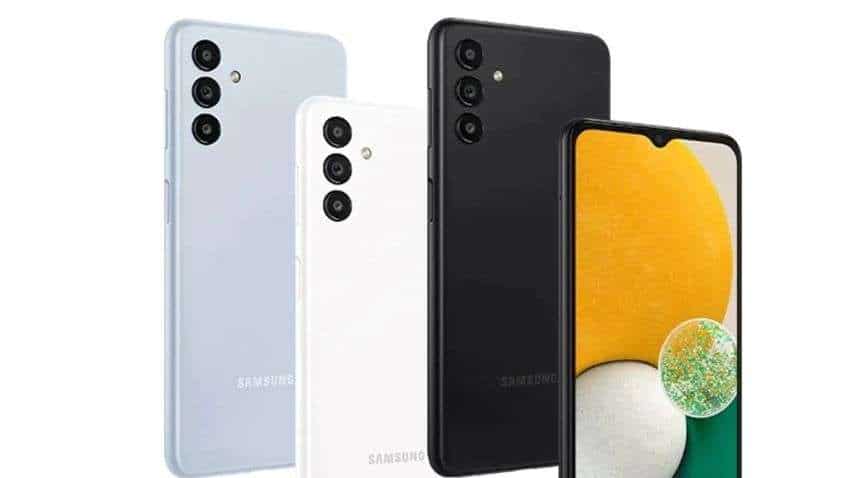 Galaxy A14 5G is expected to come with a 6.8-inch punch-hole display.

"The Samsung Galaxy A14 5G with model number SM-A146B/DS is now listed on the Samsung India official website. It is a support page and since the device isn’t official yet, there’s no image or information about the phone," the BGR India reported.

According to the report, the Galaxy A14 5G is expected to come with a 6.8-inch punch-hole display having noticeable bezels on all sides. It may not have a high refresh rate support like the predecessor but the resolution will be upgraded. The screen on the device will be an LCD panel with a Full-HD+ resolution.

The smartphone will feature a triple camera setup placed vertically. It will have a 50MP main lens and two auxiliary sensors. Upfront, it is expected to have a 13MP lens for shooting selfies.

Under the hood, the device is expected to come powered by Exynos 1330 SoC. There’s another model that may launch in another region with Dimensity 700 chipset. The Dimensity-powered model will have the SM-A146P model number.

In terms of battery, the device is expected to pack a 5,000mA battery and may have some sort of fast charging. It will come in 4GB RAM and up to 128GB storage variant. Lastly, the Geekbench certification confirmed that the device will boot on Android 13 OS out of the box. Also, Galaxy A14 5G will be an upgrade as it will get a new chipset for select markets. It will have a Full-HD+ panel and a new OS.

Samsung Galaxy S23 Series price in India leaked: Here's how much it may cost