Realme Narzo 50i, Narzo 50A, Band 2 and Smart TV Neo 32-inch launched in India: From pricing to availability - Check all details here 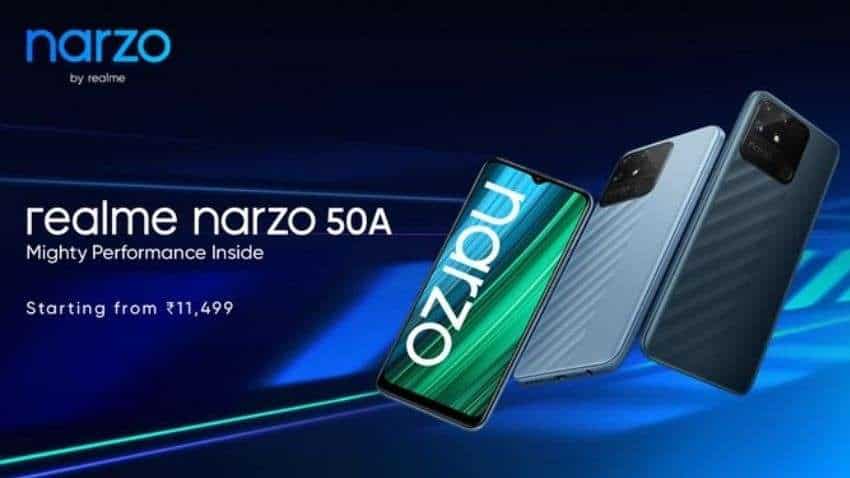 Meanwhile, Realme Band 2 is priced at Rs 2,999 and will be available from September 27 and Realme Smart TV Neo 32-inch at Rs 14,999 from October 3. Key features of the Realme Band 2 include a 1.4-inch colour display, blood oxygen monitoring, 90 sports modes, Smart AIoT controls and more.

"Expanding our narzo series with the realme narzo 50A and realme narzo 50i is yet another step to bring the best gaming processor with the latest technology for our users," Madhav Sheth, Vice President, Realme and Chief Executive Officer, Realme India and Europe, said in a statement.

Realme Narzo 50A features a 6.5-inch HD+ (720 x 1,600 pixel resolution) dewdrop-notch style display with 20:9 aspect. Powering the phone is a MediaTek Helio G85 SoC paired with an ARM Mali-G52 GPU, 4GB of RAM, and up to 128GB native storage. The storage is further expandable up to 256GB via a dedicated microSD card slot.

Realme Narzo 50i comes with 6.5-inch display with an 89.5 percent screen-to-body ratio. It is powered by an entry-level Unisoc 9863 SoC paired with 4GB of RAM. The internal storage is expandable up to 256GB via a microSD card. The phone runs on Android 11-based Realme UI Go Edition.

The Realme Band 2 comes with a 1.4-inch colour display with a resolution of 167*320 pixels that can display fine-quality pictures and vivid colours. In addition, the highest brightness of the band is 500 nits, allowing users to see even under intense outdoor light. The band features a Blood Oxygen Monitor and a Heart Rate Monitor.

Realme Smart TV Neo 32-inch comes with a bezel-less design, which brings an immersive viewing experience to users and reduces eye strain. It features a MediaTek processor that is based on a quad-core 64-bit architecture, which provides users with excellent picture quality and a smooth experience.

The TV is also equipped with two Dolby Audio-enabled speakers with a total power of up to 20W that provides a cinema-like experience. It supports 2.4GHz WiFi which enables the TV to be wirelessly connected and allows users to enjoy unlimited entertainment platforms.