Recently, Xiaomi CEO, Lei Jun made the announcement at the Snapdragon Tech Summit and revealed that the upcoming flagship smartphone series Xiaomi 12 is set to feature the first Snapdragon 8 Gen 1 chipset. 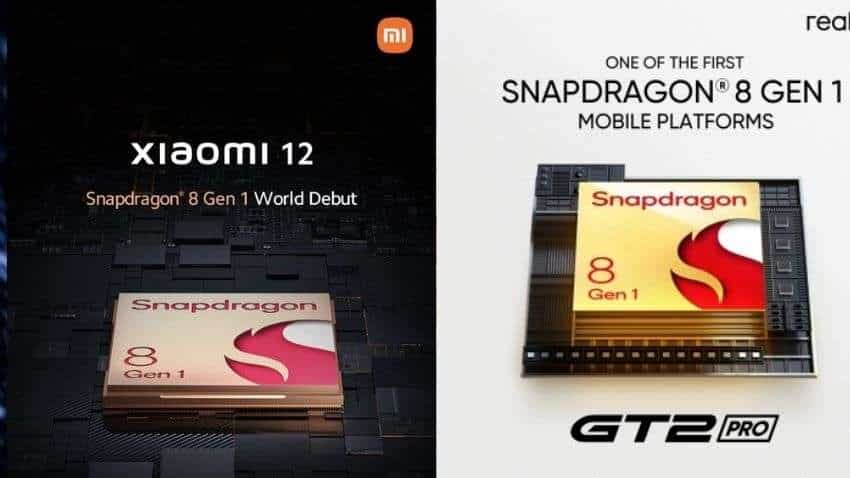 Realme also announced that the GT 2 Pro will be one of the first devices to sport the new Snapdragon 8 Gen 1 chipset.

Finally, the long-awaited premium 5G mobile platform Snapdragon 8 Gen 1 processor has been launched during the annual Snapdragon Tech Summit 2021. According to the company, Snapdragon 8 Gen 1 leads the way into a new era of premium mobile technology equipped with cutting-edge 5G, AI, gaming, camera, and Wi-Fi and Bluetooth technologies to transform the next generation of flagship devices.

The chipset marking company has already revealed that Snapdragon 8 Gen 1 will be adopted by global OEMs and brands including Black Shark, Honor, iQOO, Motorola, Nubia, OnePlus, Oppo, Realme, Redmi, SHARP, Sony Corporation, Vivo, Xiaomi, and ZTE, with commercial devices expected by the end of 2021. Reports revealed that major flagship smartphones including Xiaomi 12, Realme GT 2 Pro, and OnePlus 10 will be equipped with this chipset.

Apart from Xiaomi, Realme also announced that the GT 2 Pro will be one of the first devices to sport the new Snapdragon 8 Gen 1 chipset. The new device will be the company’s first ultra-premium flagship device which will take on others in the segment such as OnePlus and Samsung

The new Snapdragon 8 Gen 1 chipset comes with numerous enhancements in processing power, connectivity, AI, camera, and security. The chip will allow 8K HDR recording and it also comes with an always-on ISP that will allow an instant face unlock feature.