Poco X4 GT launch: The smartphone comes in Black, Blue, and Silver color options and it will go on sale starting June 27 in the European region. 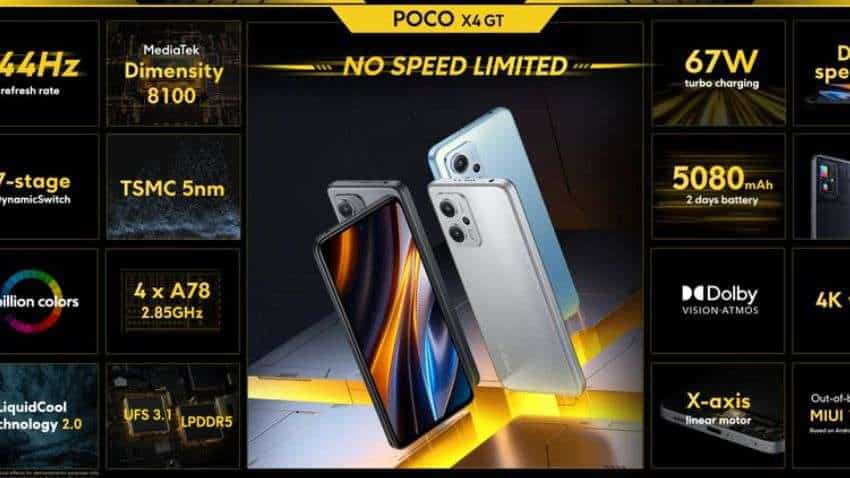 The smartphones sports a triple camera system on the back with a 64MP Samsung ISOCELL GW1 primary sensor with a size of 1/1.72. It is assisted by an 8MP ultra-wide lens with a 120-degree field of view. Also, there’s a 2MP macro unit with an f/2.4 aperture. Upfront, it has a 20MP snapper for taking selfie shots and doing video calls.

The device is powered by the MediaTek Dimensity 8100 octa-core chipset with Mali-G610 MC6 GPU. It has up to 8GB of LPDDR5 RAM and 256GB of UFS 3.1 internal storage. It has Liquidcool 2.0 support with seven graphite sheet layers for heat dissipation.

The phone packs a 5,080mAh battery with support for 67W fast charging. It has dual stereo speakers with Dolby Atmos support. The phone has Wi-Fi 6, Bluetooth 5.3, and MIUI 13 (Android 12 OS). The device has a 3.5mm headphone jack for audio and a USB Type-C port for charging.