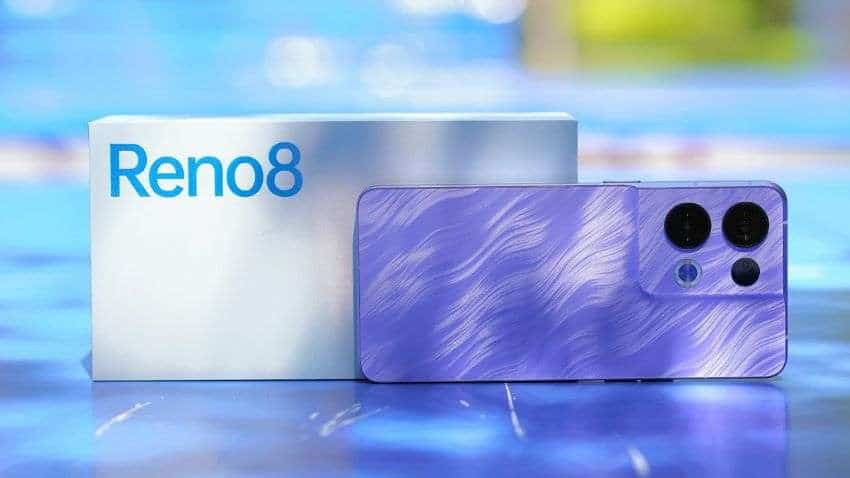 The brand has officially shared the news along with some improvements in its MariSilicon X platform.

However, there's no official confirmation on the launch date from brand. But prior to its release, the company revealed an interesting addition to the upcoming smartphones, which is its new MariSilicon X NPU. For those unaware, the Oppo had announced this chip back in December 2021 for its flagship Find X series. Now, this same NPU will be making its way to the Reno 8 series as well.

The brand has officially shared the news along with some improvements in its MariSilicon X platform. As per official notes, the 6nm MariSilicon X NPU will help bring end to end imaging solution on the Reno 8 series. Oppo's innovation in smartphone camera tech has now ascended new heights with the development of its MariSilicon X Neural Processing Unit (NPU) which is designed for computational photography.

This chip, developed over three years and comprising 400 patent application, packs 3.6 billion transistors and can perform up to 18 trillion operations per second (18 TOPS). Oppo built MariSilicon X on the cutting-edge 6nm chip architecture that delivers an incredible 11.6 TOPS per watt for low-power consumption even in the most demanding tasks.

According to the brand, it is capable of real-time lossless AI processing in the Bayer RAW domain with image data from the 50MP IMX766 rear camera sensor. MariSilicon X's image processing speed allows users to shoot night videos in 4K Ultra HDR quality with the promise of crystal-clear frames.

With the NPU’s support for HDR Fusion and AINR (AI Noise Reduction) algorithm operations, it delivers 4K Ultra Night Video at up to 20Bit (theoretically), with the brightest spot up to 1 million times brighter than the darkest. With MariSilicon X, Oppo has created a complete set of customised solutions for software and hardware integration in computational photography, the company said.

The Oppo Reno 8 Pro in India might be powered by a MediaTek Dimensity 8100 SoC rather than the Qualcomm Snapdragon 7 Gen 1 SoC. Tipster Yogesh Brar has twitted. Oppo Reno 8 Pro will come with MarisiliconX chip in India and along with the Pro model.

The latest Oppo smartphones were launched in China recently. All three smartphones have similar designs, however, their features vary. The Oppo Reno 8 sports a 6.43-inch AMOLED display with a 90Hz refresh rate. Ii is powered by the MediaTek Dimensity 1300 SoC paired with up to 12GB of RAM and up to 256GB of storage.

Snapchat lets parents see who their kids are chatting with