The company has confirmed that the Reno 8 series smartphones will be launched in India via a launch event that will take place at 6 PM on July 18. 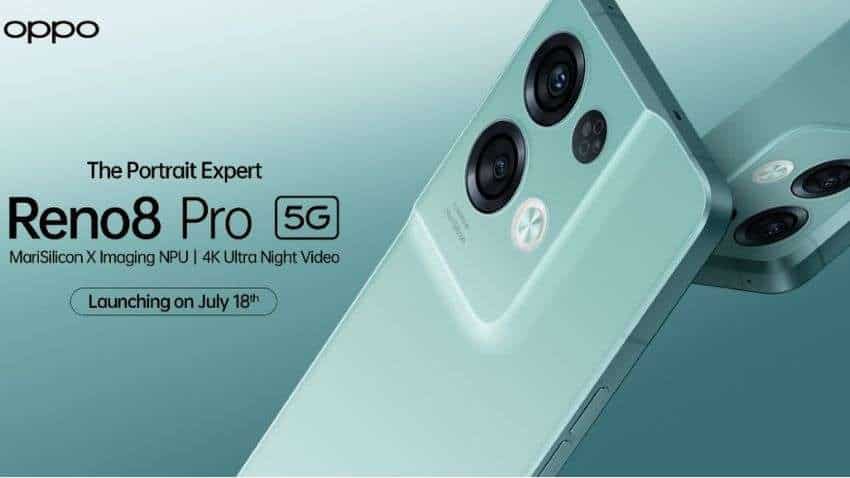 Ahead of the launch, the smartphone brand has confirmed a number of features of the upcoming Reno 8 series.

Oppo Reno 8 series launch: Global technology brand Oppo on Tuesday officially confirmed the launch date of its upcoming Reno 8 series smartphones in India. According to the company, both Reno 8 and the Reno 8 Pro smartphones will be introduced on July 18 in India.

The company has confirmed that the Reno 8 series smartphones will be launched in India via a launch event that will take place at 6 PM on July 18. Oppo has created a dedicated webpage on its official website in India ahead of the launch. Additionally, the phone is listed on Flipkart, which indicates that the Reno 8 series smartphones will be available in India exclusively via the e-commerce platform. Oppo Reno 8 series price in India may start from Rs. 30,000, however, we advise are readers to wait for official annnouncement from the brand.

Ahead of the launch, the smartphone brand has  confirmed a number of features of the upcoming Reno 8 series. According to the company, Reno 8 series will sport a unibody aluminium design with a glass back and Gorilla Glass 5 in the front. The base variant of the series, that is, the Reno8 will be 7.67mm thin and weighs 179gms. On the camera front, the phone will sport dual flash at the back.

While the Oppo Reno 8 Pro will be available in Glazed Green and Glazed Black colour variants, the Oppo Reno 8 smartphone will be available in Shimmering Gold, and Shimmering Black colour variants. Apart from this, Oppo, via the listing on Flipkart, has revealed that the phone will feature 4K ultra night video capturing capabilities along with Sony IMX766 and Sony IMX709 camera sensors at the back.

The brand has used an aluminium frame, coupled with Gorilla Glass 5. Furthermore, the glass back has been heat-forged and moulded to create an ergonomically streamlined unibody that melds the camera module with the rest of the handset’s back. This new design is the outcome of over a hundred changes and 400+ days of effort.

Also, Reno 8 Pro sports a smooth 75-degree micro-arc transition between the camera module and the rest of the back that looks sleek and smooth. It is the slimmest Reno yet and tilts the scales at a mere 183gms.