Ahead of the launch of the Oppo Reno 7 series in India, the smartphone brand has revealed a few details about this upcoming Reno 7 Pro 5G. 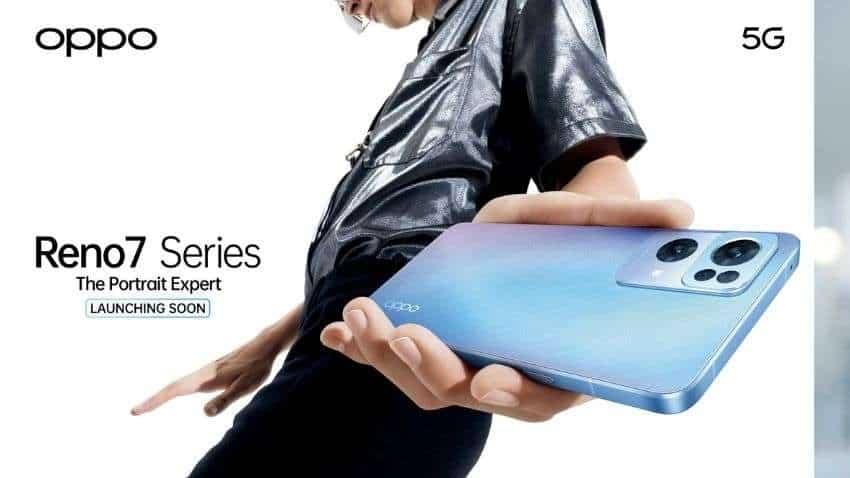 Ahead of the launch of the Oppo Reno 7 series in India, the smartphone brand has revealed a few details about this upcoming Reno 7 Pro 5G. "Oppo's portrait expert, the Reno 7 Pro 5G will feature the world’s-first exclusive front image sensor, Sony’s new 32MP IMX709 with its 50MP IMX766 flagship camera sensor at the rear," the company said in a statement.

"The handset features Sony’s new 32MP IMX709 selfie sensor with its 50MP IMX766 flagship camera sensor at the rear.  The IMX709—exclusive to Oppo—is a customized RGBW (red, blue, green, white) front image sensor that can capture crisper and more evenly-exposed photos and videos; it is 60 per cent more sensitive to light and reduces noise by 30 per cent when compared to traditional RGB sensors," the brand further added.

For selfies, the Reno 7’s front camera automatically switches from 85 degrees to a 90-degrees angle when it detects more than two people in the viewfinder to capture multi-person snapshots, as per the claims made by the company. Additionally, in portrait photos, camera algorithms separate the subject in the foreground, detect light sources in the background to produce a soft lens flare and finally, blur the background for a more natural-looking Bokeh flare effect.

The Reno 7 Pro 5G’s rear camera features the industry's first exclusive Bokeh Flare Portrait video that accurately identifies the human subject in any complex background and makes them stand out from a blurred background complete with soft-light lens flares.

The Oppo Reno 7 Pro is priced at 3,699 yuan (around Rs 43,400) for the base 8GB/256GB model, while the top-end 12GB/256GB variant will set you back 3,999 yuan (around Rs 46,900). The company is expected to launch these phones in India with a similar price tag, however, this is just speculation, and readers are advised to wait for the official announcement from Oppo.

Oppo F21 Pro, Oppo Enco Air 2 Pro India launch tomorrow: What to expect, when and where to watch it LIVE

Monsoon Alert: Monsoon in Delhi to hit by end of June; north India gets relief from heatwave