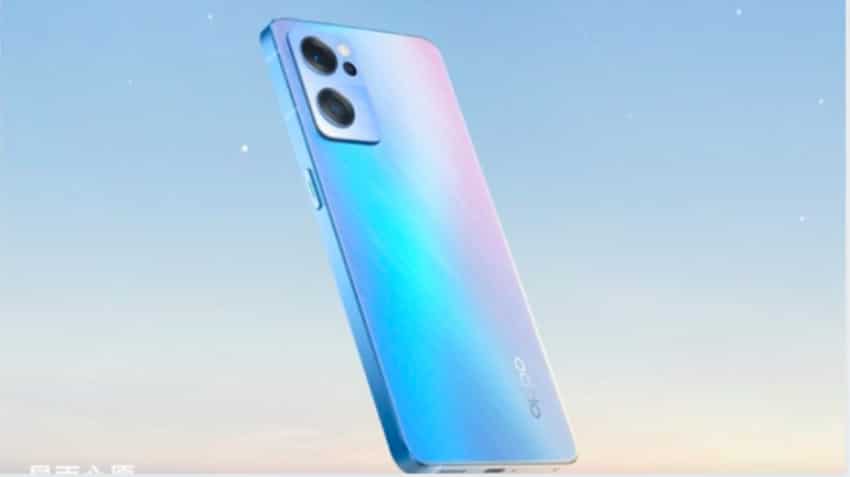 Chinese smartphone brand Oppo is all set to launch its upcoming flagship Reno series smartphones in India soon. After officially launching its Reno 7 series mobile phones in China, the company is planning to announce the Reno 7 line up in India by January next year.

But ahead of the official launch, the pricing details of the Reno 7 series have leaked online. According to a report from GSMArena, the Reno 7 is likely to be priced between Rs 28,000 to Rs 31,000, while the Pro model will go for anywhere between Rs 41,000 to Rs 43,000.

The device runs on Android 11-based ColorOS 12. The smartphone houses a triple rear camera setup that has a 50MP primary sensor. The main camera is paired with an 8 MP ultrawide shooter and a 2 MP macro unit. The hole-punch cut out on the screen houses a 32 MP selfie camera.

Oppo Reno 7 Pro 5G has a 4,500mAh dual-cell battery that supports 65W fast charging. Oppo Reno 7 features a 6.43-inch FHD+ AMOLED display with a 90Hz refresh rate. The smartphone shares the same front and back cameras as its Pro counterpart, although the main rear camera here features a 64 MP sensor as opposed to the 50 MP shooter on the Pro.

The device is powered by a Snapdragon 778G SoC paired with up to 12GB of RAM and up to 256GB of storage. The phone packs the same 4,500 mAh battery but the charging speed tops out at 60W.