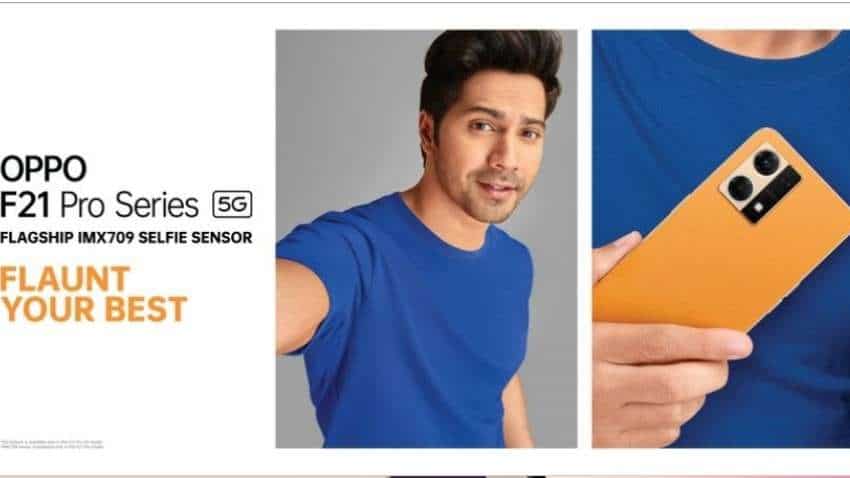 Oppo F21 Pro Launch: The wait is finally over! Global technology brand Oppo will launch its upcoming smartphone under its F series - Oppo F21 Pro and Oppo F21 Pro 5G -- in India at 5:00 PM today during an online event. The company has also confirmed to launch of a new audio device in India called the Oppo Enco Air2 Pro on Tuesday.

Oppo F21 Pro, Oppo F21 Pro 5G and Oppo Enco Air 2 Pro India launch event will start at 5:00 PM on April 12th (today). The event can be viewed on Oppo's official YouTube channel. Interested viewers can watch the live event here as we have embedded the video link below.

The Oppo F21 Pro is expected to carry price tag between Rs 22,000- Rs 24,000 and Oppo F21 Pro 5G likely to be priced between Rs 25,000 - Rs 28,000 in India. However, this is just speculation readers are advised to wait for official announcement. Ahead of the launch, the smartphone brand has shared several features and specifications of the devices.

According to the brand, the Oppo F21 Pro will feature the Flagship Sony IMX709 RGBW (red, blue, green, white) selfie sensor that is 60 per cent more sensitive to light and reduces noise by 35 per cent when compared to the previous generation IMX615 RGB sensor. It allows users to capture crisp, clear and evenly-exposed photos.

The F21 Pro also features an advanced AI Portrait Enhancement feature that is a solution to the problems that customers face in front and rear portrait shooting. It can differentiate between beauty spots and skin blemishes and identify subjects—based on ethnicity, gender and age—to offer personalised and natural face retouching.

Oppo has introduced a 2MP microlens on Oppo F21 Pro—with support for 15x/30x magnification—that allows you to explore textures, colours, shapes and sizes at a microscopic level.

Oppo A57 4G price in India starts at Rs 13,999 - Check specifications and other details