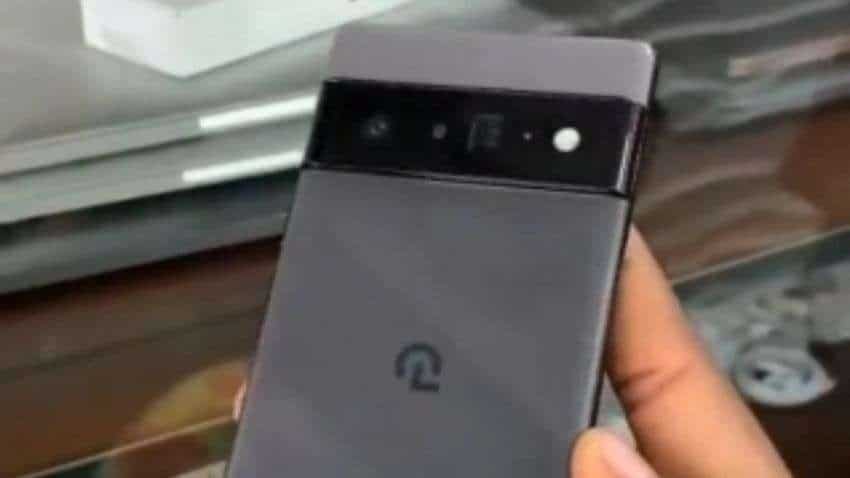 It's a major step up for the search giant. In addition to this 33W charging, the phone is expected to bring a 5,000 mAh battery. It also represents a huge upgrade for the company's smartphones, according to a report from IANS news agency.

The Pixel 6 Pro is tipped to feature a display panel with a resolution of 1,440x3,120 pixels and 120Hz refresh rate. The smartphone is expected to come pre-installed with a digital car key application. Under the hood, the smartphone will come with a Tensor chipset, paired with Mali-G78 GPU, up to 12GB of LPDDR5 RAM, and up to 512GB of storage.

In terms of optics, the smartphone will come with a triple rear camera setup comprising a 50MP Samsung GN1 primary sensor, a 12MP Sony IMX386 ultra-wide lens, and a 48MP Sony IMX586 telephoto snapper with 4x optical zoom support. There will be a 12MP Sony IMX663 front-facing camera for selfies and video calling. For connectivity, the device will offer support for Wi-Fi 6E, UWB, Bluetooth 5.2, GPS, and a Type-C port.

Also, a new leaked video shows what is apparently a prototype of the Google Pixel 6 Pro. YouTuber M. Brandon (@thisistechtoday) has shared a new video of Pixel 6 Pro. According to the video, the device may come with thin bezels and a hole-punch cut out, IANS report said.

The eight-second-long video shows the black colour model of the Pixel 6 Pro. The upcoming smartphone in the video can be seen with a power button on the right side, a volume rocker on the same side and a triple camera setup can be seen on the back.

Google Cloud, Snap, Spotify back up after brief outage