The two other models, the regular 6.06-inch iPhone and 6.7-inch iPhone Max models will continue to have the notch. 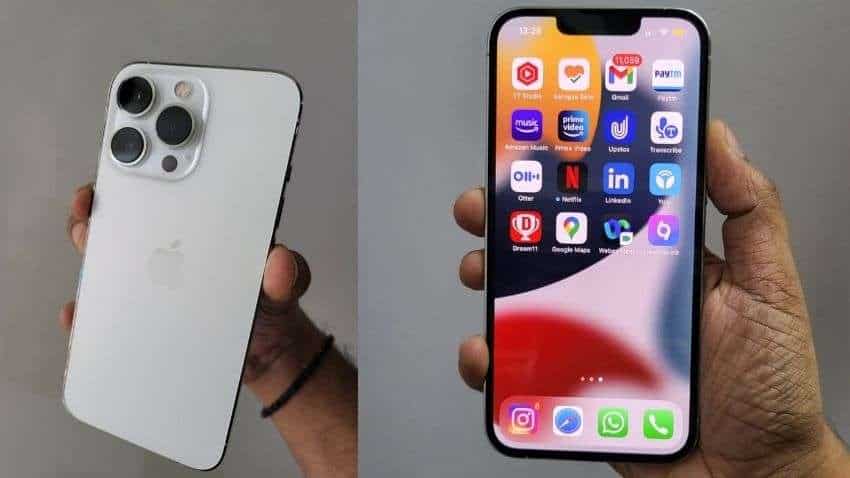 A recent report also noted that the tech giant may use Wi-Fi 6E in iPhone 14 series.

It seems like Apple is bringing major changes to upcoming smartphones.  The US-based tech giant is reportedly planning to feature a punch hole display for the first time in Pro models launching in 2022.

The 6.06-inch iPhone Pro and 6.7-inch iPhone Pro Max models will have hole-displays, citing sources, The Elec was quoted as reported by BGR India. This means that a punch-hole will be placed in the top centre part of the display much like Samsung’s premium Galaxy S21 series smartphones.

The two other models, the regular 6.06-inch iPhone and 6.7-inch iPhone Max models will continue to have the notch as they did for the versions on the iPhone 13 series. According to the report, Apple will also be applying low-temperature polycrystalline oxide (LTPO) thin-film transistors (TFT) for the OLED panels on the Pro models launching next year, which will presumably be called iPhone 14.

A recent report also noted that the tech giant may use Wi-Fi 6E in iPhone 14 series and the upcoming Apple VR headset. Analyst Ming-Chi Kuo said that new Apple products, including the iPhone 14 and a head-mounted display device, will accelerate a broader industry upgrade to the Wi-Fi 6E specification.

Wi-Fi 6E enables a higher-speed 6GHz connection that will be essential for the user experience of Apple's VR headset. Wi-Fi 6E offers the features and capabilities of Wi-Fi 6, including higher performance, lower latency, and faster data rates, extended into the 6 GHz band.