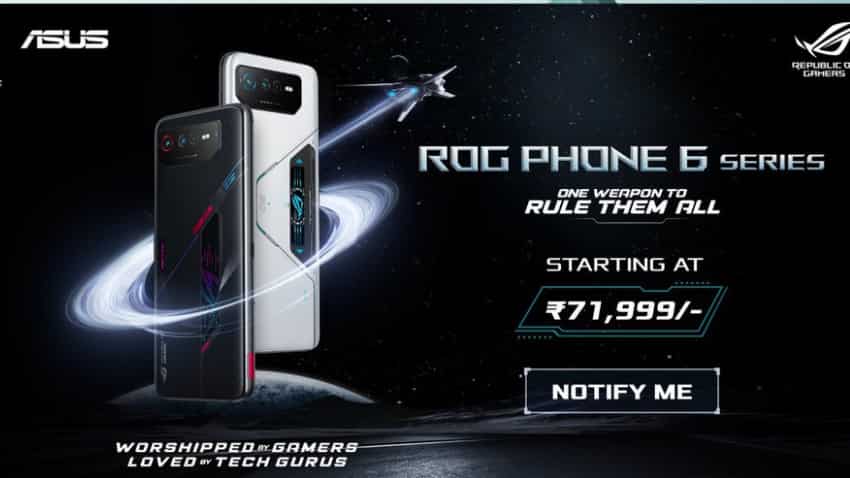 In terms of specifications, the Asus ROG Phone 6 series sports a 6.78-inch AMOLED display with Full-HD+ resolution and up to 165Hz refresh rate. The display refresh rate on the phones can be selected from the settings and users get options between 60Hz, 90Hz, 120Hz, 144Hz, and 165Hz. It also has a 720Hz touch sampling rate.

The screen also supports HDR10+, 1200 nits of peak brightness, and has CorningGorilla Glass Victus protection. Under the hood, the series is powered by the Qualcomm Snapdragon 8+ Gen 1 SoC paired with up to 16GB of LPDDR5 RAM and 512GB of UFS 3.1 internal storage on the vanilla ROG Phone 6.

The ROG Phone 6 Pro gets up to 18GB of LPPDR5 RAM and 512GB of UFS 3.1 internal storage. It comes with a cooling system that is claimed to lower the CPU temperature by up to 10 degrees. It comes with AirTrigger ultrasonic buttons on the right spine that will allow you to map different controls from games. It also has an IPX4 splash resistance rating and features dual speakers and three microphones. There’s also the 3.5mm headphone jack for audio.

The ROG Phone 6 series features a triple camera system on the back with a 50MP Sony IMX766 main lens, a 13MP ultra-wide lens, and a 5MP macro unit. Upfront, it has a 12MP camera for taking selfie shots and doing video calls. Both the devices packs a 6,000mAh dual-cell battery (3,000 + 3,000mAh) and supports 65W fast chargin. The duo boots on Android 12 OS out of the box and has a ROG UI skin on top.