Apple iPhone 14 launch date leaked? From price to specifications - All you need to know

Apple iPhone 14 launch: According to the report, the upcoming iPhone 14 series will come with several improvements, including a new design over the Pro model, a better camera, and more. 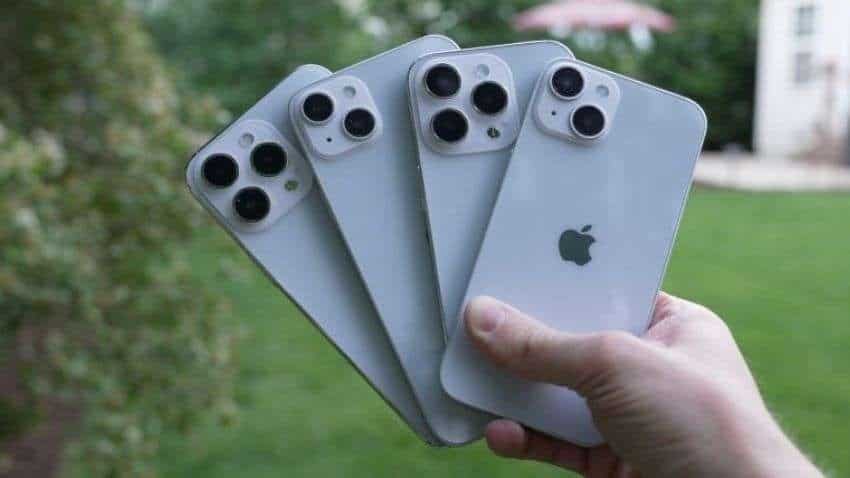 Apple iPhone 14 launch: The US-based tech giant Apple may bring the most-awaited next generation iPhones -- iPhone 14, iPhone 14 Max, iPhone 14 Pro, and iPhone 14 Pro Max along with the Apple Watch Series 8 and the 10th Gen iPad on September 6. As per report,  the iPhone 14 series will go on sale in India and across the world starting 16 September after 10 days of the official launch.

"According to Max Winebach, the iPhone 14 event could happen on Tuesday, September 6. This would mean the iPhone 14 would go on sale on Friday, September 16. In addition, Bloomberg’s Mark Gurman recently suggested that Apple is preparing a pre-recorded video for the iPhone 14 and Watch Series 8 launch event," the BGR India reported.

Apple is also expected to replace the iPhone 13 mini with a Max version could lead to a price hike of about $300, the report further added. According to the report, the upcoming iPhone 14 series will come with several improvements, including a new design over the Pro model, a better camera, and more. The iPhone 14 Pro and iPhone 14 Pro Max are also said to come with a taller profile and better camera module to fit the new internals.

As per MacRumors, while the rear cameras usually get all the love and attention with every new iPhone, the front camera for the iPhone 14 will get a major boost in image quality and capabilities. The selfie camera in the iPhone 14 series is said to be a "high-end" camera system that will have autofocus capacities and a wider ƒ/1.9 aperture compared to the ƒ/2.2 aperture in the current iPhone 13.