Apple manufactures some of its most advanced iPhones in the country including iPhone 11, iPhone 12 and now iPhone 13. 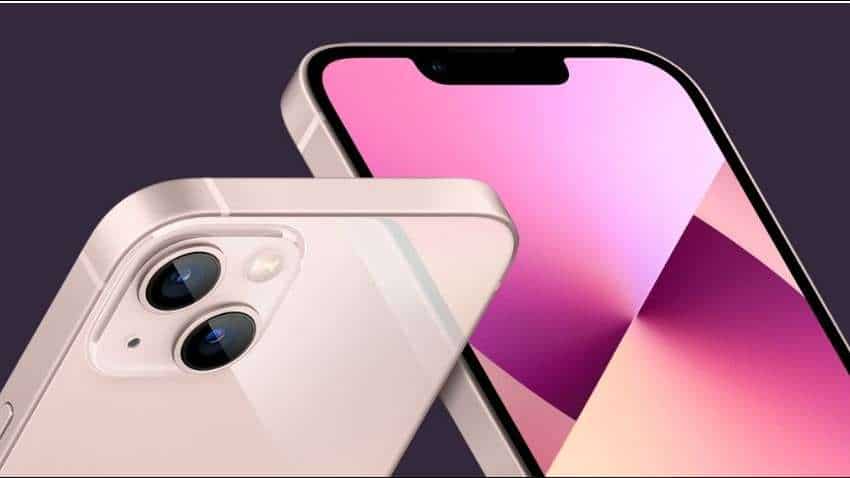 In a major development for Prime Minister Narendra Modi's 'Make in India' campaign, the US-based tech giant Apple on Monday confirmed it has started manufacturing its latest flagship iPhone 13 smartphone in India.

In a response to a media query sent by Zee Business, Apple said in a statement shared with us: "We are excited to begin making iPhone 13 — with its beautiful design, advanced camera systems for stunning photos and videos, and the incredible performance of the A15 Bionic chip — right here in India for our local customers.”

Apple first started manufacturing iPhones in India in 2017, with iPhone SE. Today, Apple manufactures some of its most advanced iPhones in the country including iPhone 11, iPhone 12 and now iPhone 13.

According to industry experts, with growing domestic Apple iPhone production, backed by aggressive marketing initiatives,  Apple’s growth momentum in India will continue to be strong.

"The addition of iPhone 13 to the manufacturing manifest in India will help Apple to achieve the PLIS targets.  Especially in the exports markets like middle east, etc., where consumers buy the latest edition of the iPhone than the earlier versions as is seen in India," Faisal Kawoosa, founder analyst at TechArc told Zee Business.

"For India market, I don't see this development having impact on the consumer side," he further added.

According to Prabhu Ram, Head-Industry Intelligence Group (IIG), CMR, with the production of its latest flagship iPhone 13 in India, Apple can further bolster its time to market and deliver on the strong consumer appetite. In Q1 2022, CyberMedia Research (CMR)’s early estimates point to Apple iPhone 13 series contributing to 17% of the total iPhone shipments, alongside the older generation iPhone 12 series.

'As we move forward, Apple will be able to further power its growth in India on the back of the early availability of the latest iPhones," Ram told Zee Business.

Apple iPhone 13 price in India starts at Rs. 79,990 for the 128GB storage variant. The iPhone 13 comes with a 6.1-inch display. A sharp OLED Super Retina display provides increased brightness of up to 800nits in normal usage and 1200nits with HDR content.

According to the brand, iPhone 13 features an advanced 5G experience, brings super-fast performance and power efficiency with A15 Bionic, longer battery life, and a beautiful flat-edge design with incredible durability with the Ceramic Shield front cover, tougher than any smartphone glass.

Apple has more than doubled the number of suppliers committed to using 100 percent clean energy over the last year, with 175 Apple suppliers transitioning to using renewable energy,  accelerating progress toward its ambitious 2030 goal to be carbon neutral across its supply chain and products. Eleven Apple supplier sites in India have committed to 100 per cent renewable energy.

The US-based tech giant started its India journey more than 20 years ago. The tech giant launched its India online store in September 2020 and will soon open its own retail store in the country.