The upcoming series is expected to go on pre-orders from 17th September, and it is said to go on sale in the market from 24th September. 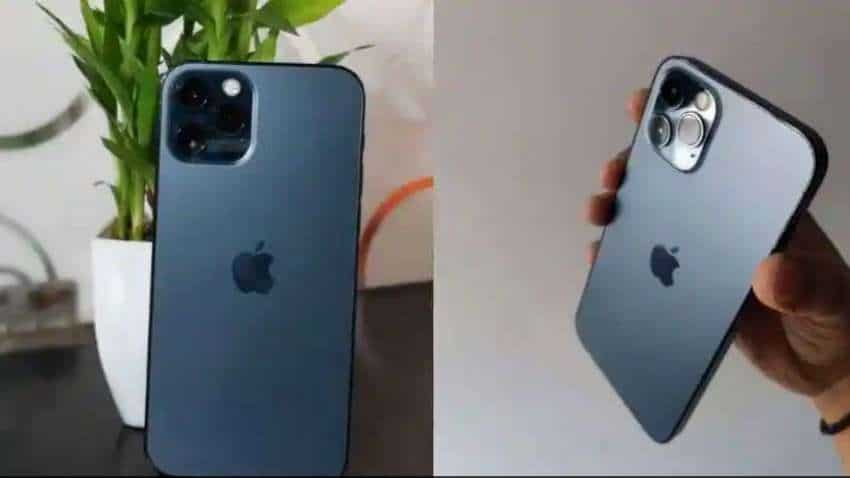 The devices will be powered by Apple's next-generation A15 chip manufactured based on TSMC's 5nm+ process.
Reported By: ZeeBiz WebTeam
Edited By: Ravi Kant Kumar

Similarly, Apple iPhone 13 series price and launch speculations have also started surfacing on the internet at the beginning of September. September is the traditional launch month for Apple’s new range of smartphones.

Apple is planning to launch its next-generation smartphones with iPhone 13, iPhone 13 Mini, iPhone 13 Pro, iPhone 13 Pro Max series in September. The popular Apple TV Plus series called ‘Ted Lasso’ might have shown a glimpse of the iPhone 13.

The IANS reported that episode six of the second season of Ted Lasso titled ‘The Signal’ has disclosed a notch-less iPhone in two different scenes. The phone did have the custom iPhone UI but the notch was lacking. In addition, the rear design was spotted revealing a dual-camera setup.

Apple unveiled the notch in the 2017 iPhone X, which houses components for Face ID and the selfie camera. According to Taiwanese research firm TrendForce, the new iPhones will have a smaller notch above the display, but will otherwise have a similar outward design as iPhone 12 models.

The devices will be powered by Apple's next-generation A15 chip manufactured based on TSMC's 5nm+ process. All four iPhones will be equipped with OLED displays, while the two Pro models will also feature a 120Hz refresh rate for smoother content, the report added.

"In addition, Weinbach had recently claimed that the 2021 iPhones will feature stronger MagSafe magnets, and now, he said this could be a reason behind the increased coil size. He also speculates that the increased coil size could be used for reverse wireless charging, which would enable users to charge wireless charging compatible devices, such as AirPods, by placing them on the back of the iPhone," the IANS report said.

The upcoming series is expected to go on pre-orders from 17th September, and it is said to go on sale in the market from 24th September. Reports suggest that iPhone 13 could be priced higher than its predecessor.