PUBG New State will be a futuristic version of the legendary battle royale game that will be set in 2051 and have futuristic weapons, vehicles, and drones to help players survive on the battlefield. 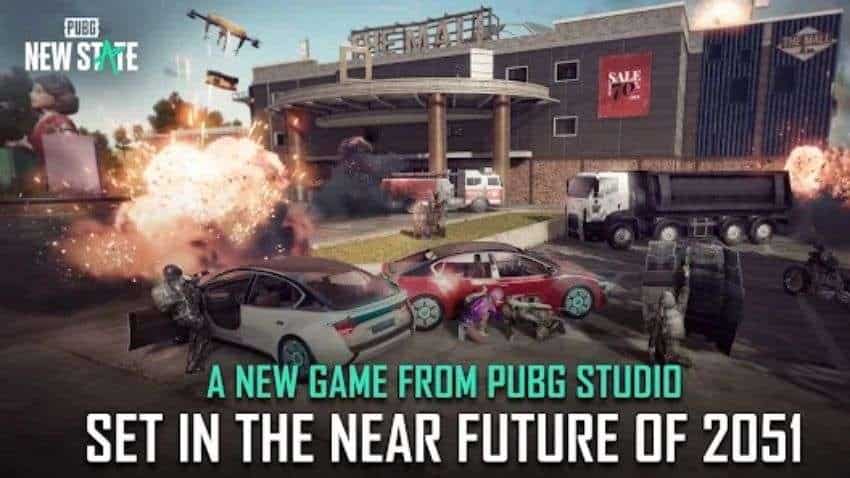 PUBG New State latest update: The second season of popular mobile gaming platform PUBG -- PUBG New State -- is due to release soon as the pre-registration for the game has already begun on the app stores and according to the reports, it may hit the servers by the end of this month.

PUBG New State will be a futuristic version of the legendary battle royale game that will be set in 2051 and have futuristic weapons, vehicles, and drones to help players survive on the battlefield. The game will utilize a new Global Illumination Technology to enhance the graphics, visual effects and offer more realistic gunplay which is pre-dominant in the PUBG franchise.

The game developer Krafton said that there will be “unique mechanics introduced in PUBG: NEW STATE include dodging, drone calls, and support request, new vehicles only available in PUBG: NEW STATE to quickly move across the 8×8 open world, and an immersive PUBG experience achieved through various objectives in-game that can turn the tide in your favour.”

According to a report from BGR India, to download PUBG New State APK, OBB link on Android: Gamers need to open up a browser and then open this link files- APK, OBB to download. Click on the APK link first, and download it which will then install the app. You will have to allow the installation of apps from unknown sources on your Android device before installing it.

Next, you need to go to the folder on your phone storage and navigate for the OBB folder. Paste the OBB file inside a folder called ‘com.pubg.newstate.beta’and in case you can’t find the folder you may have to create one. Once done, you can then start trying the fresh content in the PUBG Mobile sequel.

Dalal Street Corner: Markets close negative after heavy volatility; what should investors do on Wednesday?