The non-chemical, low cost and climate resilient SPNF technique is being promoted under `Prakritik Kheti Khushhal Kisan Yojana` (PK3Y) in the state. 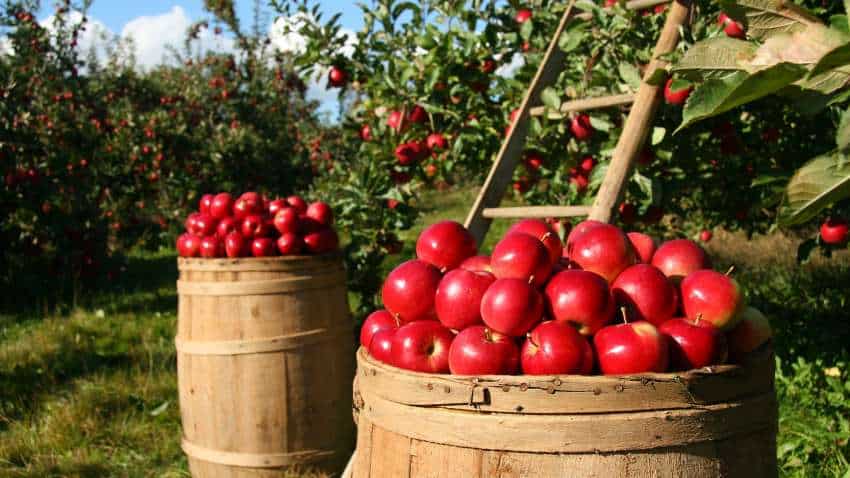 Hikkim houses the highest post office of the world at an altitude of 4,400 meter and is just beneath Komic. Pic: Pixabay

Chhering Lamo, 42, lives in Komic, the world`s highest village connected with motorable road at an altitude of 4,587 m in the picturesque Spiti in Himachal Pradesh. She is unlettered but not unaware and is ready to keep pace with the changing farm practices.

Lamo and her husband Tanpa are among the farmers in sparsely populated Komic and adjoining Hikkim and Langza villages in the Langza panchayat, who are keen to learn and start the Subhash Palekar Natural Farming (SPNF) technique to boost their agriculture income from the lone agriculture season they have in this cold desert.

The non-chemical, low cost and climate resilient SPNF technique is being promoted under `Prakritik Kheti Khushhal Kisan Yojana` (PK3Y) in the state, which was launched in 2018 in the interest of sustainable agriculture.

Tanpa learnt the technique from the Block Technology Manager (BTM) with Agriculture Technology Management Agency (ATMA), functioning in convergence with PK3Y, in a two-day camp in Hikkim last year and adopted it partially.

Hikkim houses the highest post office of the world at an altitude of 4,400 meter and is just beneath Komic.

The family grows peas and barley on the farm of 12 bighas, alternatively, and keeps some fields vacant in one season for better productivity the next time. They own one cow, two buffaloes and three goats.

"We have never used chemicals fertilizer ever in the past and do agriculture traditionally with farm yard manure only. However, after we used `ajeevamrit` (farm input) as a part of SPNF technique, we saw that we are now getting healthy crop and there is some increase in production also," Lamo told the visiting team of researchers.

The farmers in this isolated hill above Kaza, the headquarters of Spiti in Lahaul-Spiti district, have only one season of agriculture, as the area is snowbound in winters.
Besides peas and barley, the locals grow potatoes without using any chemicals and with traditional agriculture practices. Peas, their main cash crop, is untouched by diseases and fetches good price for the produce (Rs 60-70 for a kg) in the market.

However, under PK3Y, the natural farming technique, which is non-chemical and has a better scheme of farm inputs made from `desi` cow`s dung and urine without any dependence on market, was introduced by motivating and training farmers in the entire state, including tribal areas, step by step.

As per field staff with PK3Y, 267 farmers in Kaza block have adopted natural farming technique so far on an area of 404.2 bighas.

Joint Director, PK3Y, Digvijay Sharma, said people in the far-flung belt of Spiti have generally been doing non-chemical agriculture for ages. "Our effort is to reach out to them with the SPNF technique to streamline agriculture and make it more sustainable to their advantage," he stated.

SPNF was introduced in Komic, Hikkim and Langza last year. A total of nine farmers in these villages are now doing it partially on their land, involving 18 bighas.
For the first time, some of them grew vegetables like radish and spinach in Hikkim and Langza.

A farmer from Hikkim, Sher Singh, 40, who is educated up to 12th standard and took training in natural farming technique a couple of years ago, said, "Earlier we were using animal dung only, but we did not know how much quantity we require for better production.

"Now we have guidance about the use of natural inputs (formulations like Jeevamrit and Ghanjeevamrit) made on farm, which is a great help. With these, the pea production at my farm is showing an increase and there is no yellowing of leaves now."

Sher Singh owns eight bighas. He started natural farming on one field of peas to test it and is gradually replicating the technique on other fields.

"This year the production of peas is less due to acute shortage of water in the entire area. But I can say for sure that by using natural farming inputs, my crop is still better," the farmer said.

As many as 1.71 lakh farmers are partially or fully doing natural farming on 9,421 hectares across Himachal Pradesh. The PK3Y has already reached out to 99 per cent panchayats in the state.